This publication highlights Commonwealth government action and inaction to tackle contemporary forms of slavery. In 2018, Commonwealth governments committed to achieve Sustainable Development Goal (SDG) Target 8.7. Two years on, this report finds that progress has been slow and concrete action is urgently needed to achieve this target by 2030. This report is the result of a partnership between the Commonwealth Human Rights Initiative (CHRI) and Walk Free.

CHRI and Walk Free call for modern slavery to be set firmly on the agenda for the next Commonwealth Heads of Government Meeting (CHOGM) in Kigali, Rwanda, scheduled for the week of 21 June 2021. At CHOGM 2021, Commonwealth States must commit to take concrete action to fulfil their prior commitments to eradicate modern slavery.

A review of 54 Commonwealth government responses reveals that a lack of legislation across many States undermines attempts to deter and convict perpetrators of modern slavery. Almost a fifth of all Commonwealth countries have yet to criminalise human trafficking, while two-thirds have failed to make forced marriage illegal. The effectiveness of criminal justice systems across the Commonwealth continues to be compromised by weak enforcement of legislation. Restrictive immigration policies also facilitates coercion and prevents workers from leaving an exploitative employer. Discrimination, including harmful traditional practices, plays a significant role in exacerbating the vulnerability of groups to exploitation — for example, caste-based discrimination in India, the exclusion of the Rohingya population from accessing some services in Bangladesh, and the widespread criminalisation of homosexuality across the African region.

The report was launched at an online event on 30 July 2020, the World Day Against Trafficking in Persons, with special guest experts, including the UK Independent Anti-Slavery Commissioner, former chair of the Commonwealth Parliamentary Association UK Modern Slavery Project, and members of the Commonwealth 8.7 Network from Cameroon, Canada, and India.

You can view a recording of the webinar  here.

A Decade to Deliver: Eradicating modern slavery in the Commonwealth, an article by CHRI and Walk Free on the findings of the report, is available here. 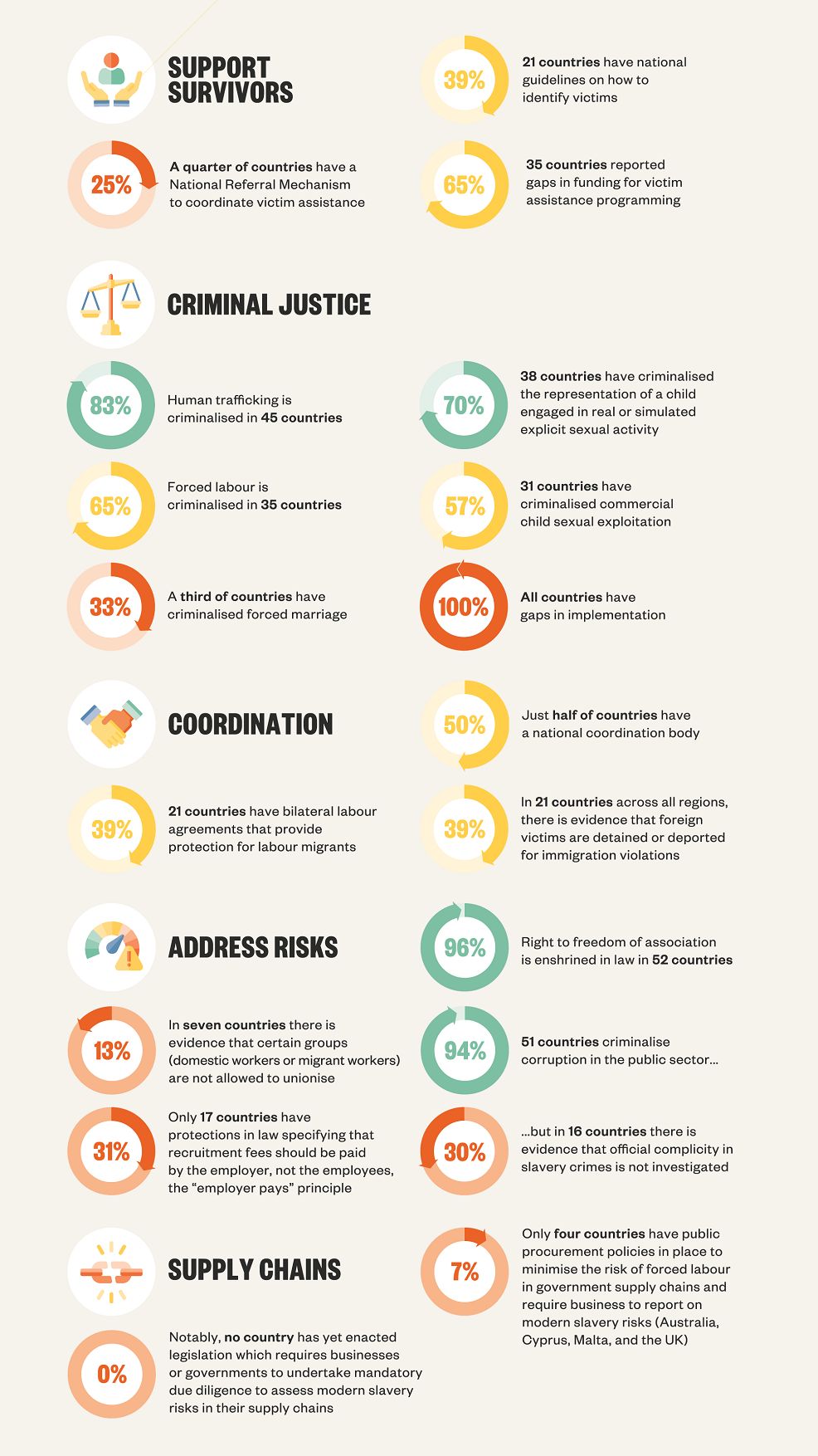