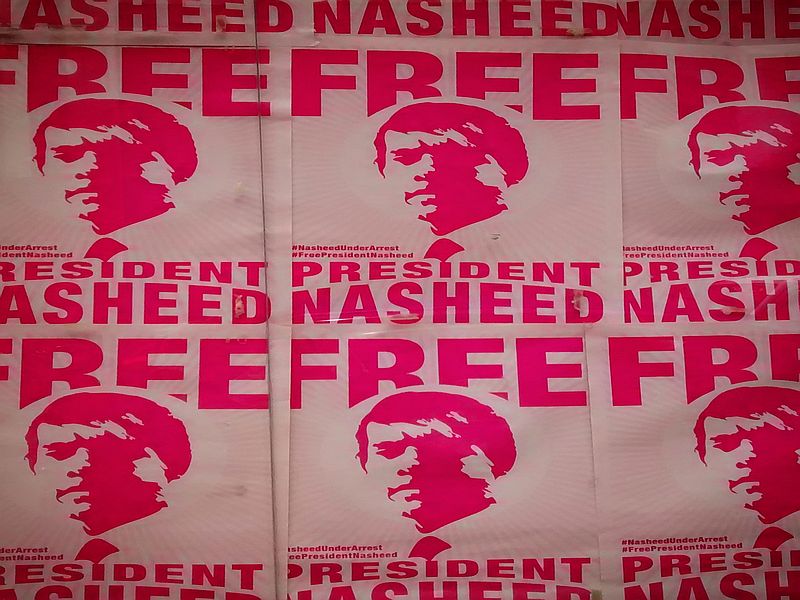 On 7 September, 2016, at 3:45 pm, according to news reports, the office of the Maldives Independent newspaper was raided by the Maldivian police. The court-issued search warrant alleged a conspiracy by the paper to overthrow the government with foreign help. The warrant was issued for the Henveiru Hulhugali, a building which, along with the Independent, also houses the Maldives Democracy Network (MDN), an NGO, and the office of Aequitas Legal Consultants, the firm that once defended the deposed former president Mohamed Nasheed on terrorism charges. Mr. Nasheed now lives in exile in the United Kingdom.

The raid on the Independent came on the heels of a damning investigative documentary by Al Jazeera television which exposed the economic evisceration of the Maldives by current president Abdulla Yameen and his associates. The film, which prominently features the Independent’s editor Zaheena Rasheed and went online just hours before the raid, showed how millions of dollars had been siphoned from state funds into the pockets of Mr. Yameen and his friends.

As far as the wrath of Maldivian state security goes, this latest incident may be seen as a relatively mild response. About 15 police personnel–including the elite Special Operations which increasingly finds itself in the middle of such events–were in and out of the building in ten minutes. Recently, in an already tense and heavy-handed environment, there have been worse transgressions by the state’s multi-armed apparatus especially when dealing with dissent and opposition voices.

Arbitrary and extended detention, unfair trials and blatant collusion between the judiciary and the executive have been recurring themes of the archipelago’s current political policy. Former president Nasheed’s trial and conviction under anti-terrorism laws is well known for its lack of due process and in contravention of international standards of fair trial. Similarly, Sheikh Abdulla of the opposition Adhaalath Party has been charged under anti-terrorism law and Ahmed Adeeb, former deputy of President Yameen and often his co-conspirator, for high treason. In fact, the majority of those charged under the country’s anti-terror laws are political prisoners, which makes one wonder about the law’s purpose.

With a parliamentary majority in the People’s Majlis, the ruling party continues to flex its muscles through legislation. The recent ‘Defamation and Freedom of Expression Act’ is a case in point. The act imposes hefty penalties on individuals and institutions if their views contradict tenets of Islam, threaten national security, defame an individual or violate societal norms. Interestingly, the Majlis in 2009 had decriminalised defamation and the move was hailed by the international community, including the United Nations, as a progressive step towards bolstering freedom of expression.

The Commonwealth Human Rights Initiative (CHRI) was in Malé, the Maldivian capital, from 4-7 September, 2016, on its second fact-finding mission. The delegation met a broad range of stakeholders in the Maldivian political process and the civil society, and its findings will be presented to the Commonwealth Ministerial Action Group (CMAG) meeting scheduled for 23 September 2016.

As it happened, the police raided the Henveiru Hulhugali building, where CHRI had attended meetings, just hours after the delegation left Malé.