In an RTI reply, CRPF says, the death of 25 personnel in the April 2017 ambush at Sukma, Chhattisgarh was not a violation of their human rights 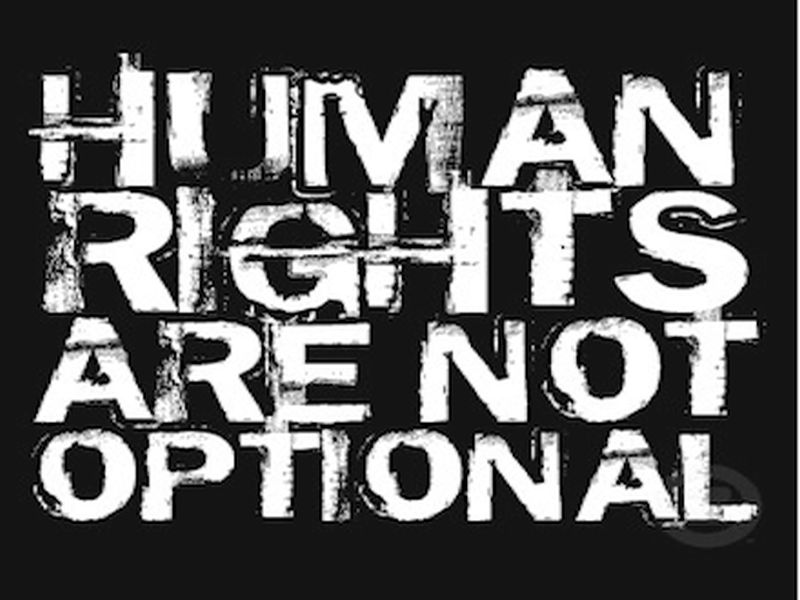 Readers will recollect the dastardly attack on CRPF personnel that occurred in Chhattisgarh on 24 April, 2017. Left-wing extremist (LWE) groups carried out an attack on a team of 90 CRPF personnel who were on duty, sanitising a stretch of the public road being constructed in the Burkapal-Chintagufa area of Sukma district in Chhattisgarh. At least 25 CRPF personnel are said to have died in the ambush, while scores of others were injured. According to surviving CRPF jawans, an unspecified number of militants are also said to have been killed in the attack. Later, the media reported on the preliminary findings of an internal inquiry conducted by the CRPF to determine what went wrong that cost so many human lives.

A couple of weeks after the attack, I sought the following information from the CRPF, under The Right to Information Act, 2005 (RTI Act):

"Apropos of the enclosed news report, I would like to obtain the following information under the RTI Act, from your public authority, as prima facie, it pertains to allegations of violation of the right to life of the CRPF personnel who were killed in the attack that occurred on 24 April, 2017 in Sukma, Chhattisgarh:

1)    A clear photocopy of the report of the inquiry conducted by the CRPF into the circumstances surrounding the said attack on the CRPF personnel along with annexures, if any.

I am a citizen of India. I have attached an IPO (bearing #38F 122978) for Rs. 10/- towards payment of the prescribed application fee. The reports of the unfortunate deaths of serving CRPF personnel in the said incidents prima facie may constitute allegations of violation of the human rights of those CRPF personnel. Therefore I believe this is a fit case for disclosure of information under the second proviso of Section 24 of the RTI Act. Kindly obtain the approval of the Central Information Commission prior to disclosing the information described above as is the statutory requirement under the said proviso of the RTI Act." [emphasis supplied]

Recently, in June, taking refuge under Section 24 of the RTI Act, the Central Public Information Officer (CPIO), CRPF has sent a reply denying that the murderous attack amounted to human rights violation.

The CRPF CPIO's reply to my RTI application is reproduced below:

"b) In the instant matter, there appears to be no violations of Human Rights as well as facts of the case do not attract the allegations of corruption. Moreover your application does not make any reference to such allegations. Hence this department is not liable to provide any information in this regard to you under RTI Act-2005." [emphasis supplied]

The CPIO of CRPF also said that the inquiry report into the incident contains various security and tactics related issues and cannot be shared under RTI Act because it might adversely affect CRPF's strategic response. (The CPIO's reply, the RTI application, the attached news report of the deadly ambush are in the attachment.)

What is problematic with the CRPF's RTI reply?

The CRPF's CPIO has held that the deaths of the 25 personnel in the ambush do not amount to violation of their human rights by non-State actors even though I had specifically pointed out this connection in my RTI application. This reply is hugely problematic for the following reasons:

The Police Forces (Restriction of Rights) Act, 1966 enacted by Parliament, restricts three categories of fundamental rights of every member of a notified police force:

i) Personnel of police organisations notified in the Schedule of the Act cannot become a member of any trade union, labour union or political association or any other society, association, institution or organisation unless they are part of the force or have been set up for social, recreational or religious purposes [restriction on the fundamental right to form associations or unions guaranteed by Article 19(1)(c)];

ii) Police personnel are prohibited from communicating with the press or publishing a book, letter or document unless it is about the discharge of official duties and with proper authorisation or if it is purely artistic, literary or scientific in character [restriction on the fundamental right to freedom of speech guaranteed by Article 19(1)(a)]; and

iii) Police personnel are prohibited from participating in any meeting or taking part in any demonstration organised by any body for political purposes [restriction on the fundamental right to freedom of assembly guaranteed by Article 19(1)(b)].

As the CRPF Act, 1949 is included in the Schedule of The Police Forces (Restriction of Rights) Act, 1966- all three restrictions apply to CRPF personnel as well. As this is a law duly enacted by Parliament, such restrictions are treated as being reasonable and have been upheld by Courts in umpteen cases.

However, nowhere in The Police Forces (Restriction of Rights) Act, 1966 is the right to life and liberty guaranteed under Article 21 of the Constitution restricted for CRPF personnel or the members of other police forces listed in the Schedule. They continue to have the fundamental right to life while in service. Clearly, the murderous attack in April by LWE groups amounts to violation of their human rights by non-State actors. By denying this reality, the CRPF may be doing injustice to its own personnel.

2) There is another reason why this denial is problematic. Every time such an attack occurs, self-appointed conscience-keepers of the "nation" and advocates of a belligerent brand of "nationalism" operating through TV news channels (official spokespersons of ruling political parties and news-anchors alike) accuse human rights advocates of not raising their voice against the violation the human rights of security personnel. Instead of barking up the wrong tree, these pontificators of nationalism must question the Government's attitude towards such incidents. Why does the Government and in this case, the CRPF, fight shy of treating these attacks as "human rights violations" of  their personnel? Surely, there must be a reason for it. If such attacks causing the deaths of security personnel are not treated as "human rights violations" committed by non-State actors, why paint human rights advocates as villains even though they always condemn such incidents in unequivocal terms?

In response to another RTI application of mine, sent in May 2014, during the United Progressive Alliance (UPA) regime, the CRPF denied that there was any human rights violation when its personnel posted on election duty in Chhattisgarh and Bihar, died due to attacks launched by LWE groups. This policy of denial continues under the present National Democratic Alliance (NDA) regime. It is high time the Government made a clean breast of its understanding of attacks on security personnel- as "human rights violations" or merely as "criminal offences". Surely, "the people" in the "times now", as citizens of the "Republic" have the right to know - what rationale determines the Government's attitude towards such murderous attacks? (pun intended)

What the CRPF treats as "human rights violations" under the RTI Act is one of the questions that will come up for examination next month in two of my Writ Petitions filed before the Delhi High Court. I will keep you updated on those developments.