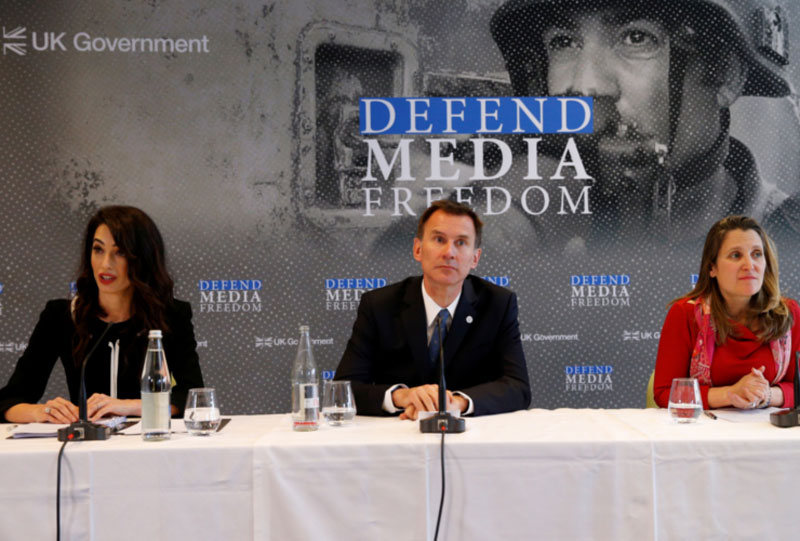 New Delhi, 15 July: More pledges to secure press freedom will not be credible if countries do not agree to take more proactive steps to protect journalists, a group of prominent international human rights and media organisations said last week. They made the suggestions around the Global Conference for Media Freedom, hosted by the governments of the United Kingdom and Canada in London on 10-11 July 2019.

Over 99 journalists and media workers were killed in 2018, in addition to more than 300 being detained and 60 held hostage. The group placed 11 recommendations for governments, including calls to

The statement, signed by the Commonwealth Human Rights Initiative (CHRI), the South Asia Media Defenders Network (SAMDEN) and 31 other international press freedom and media development organisations, called for increased protection of journalists across the world and stressed on the role of individual governments in securing media freedom in compliance with their national and international obligations.

Media professionals are also frequently victims of litigious attacks through use of national legislation aimed to stifle reportage. The group also recommended that countries set up ‘national expert panels’ to review any legislation used to target journalists, and bring them in line with international freedom of expression standards.

CHRI was represented at the convening and the Global Conference by its International Director, Mr. Sanjoy Hazarika, who is also one of the founders and co-convener of SAMDEN. SAMDEN is a network of senior journalists and media activists across South Asia working on issues of shrinking press freedom in the region.