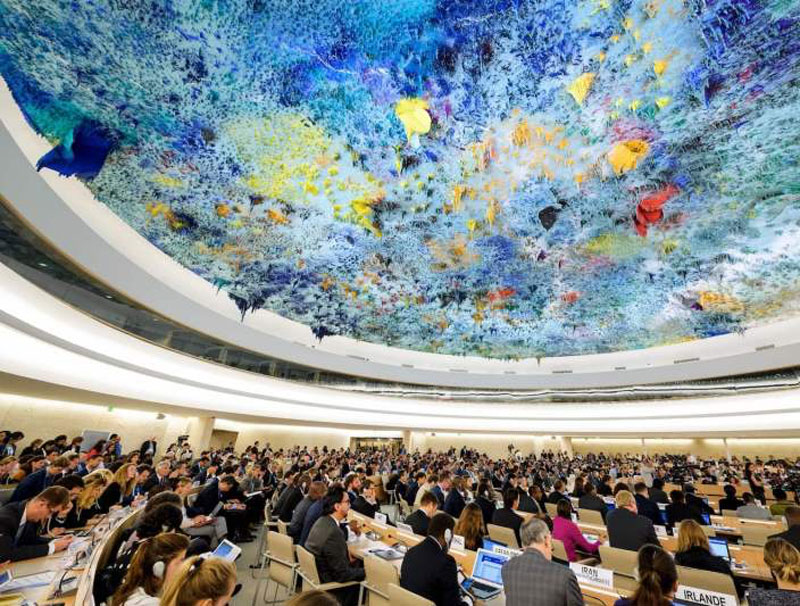 "At the 38th Session of the United Nations Human Rights Council (HRC), the Commonwealth Human Rights Initiative (CHRI)  wishes  to  raise  serious  concerns  over  the  continued  deterioration  of  human  right  of  freedom  of  assembly  and association  in  Cameroon  and  lays  special  emphasis  on  what  it  regards  as  visible  and  deliberate  harm  to  freedom  of media, expression, assembly and association in the country.  Cameroon has witnessed severe politicization of rights in recent years.

With the unfolding ‘Anglophone crisis’ in parts of the country, protests and demonstrations have been met with use of violence from security forces, causing numerous deaths  and  losses.  The  government  has  used  its  power  to  suspend  registered  assembly  of  professionals  and  has  used provisions  of  the  anti-terrorism  law  against  human  rights  defenders,  other  activists  and  critics.  The  criminal  justice system  has  been  repeatedly  used  to  harass  and  silence  the  political  opposition,  detain  and  prosecute  journalists,  and intimidate  human  rights  organisations.  Marginalised  groups  including  members  of  the  LGBTI  community  also  have concerns  about  safe  assembly  in  public  spaces. Reprisals  against  HRDs  and  civil  society  organisations  under  the premise  of  national  security,  and  against  human  rights  defenders  promoting  democracy  and  electoral  rights  have increased,  especially  in  context  of  the  Anglophone  crises.We  regard  this  as  in  violation  of  the  Constitution  of Cameroon, Universal Declaration of Human Rights (UDHR), and International Covenant on Civil and Political Rights (ICCPR).

Despite  having  accepted  125  out  of  the  177  recommendations  received  during  its  last  UPR,  Cameroon  rejected recommendations  pertaining  to  the  respect  of  freedom  of  expression  and  assembly,  including to “ensure a favourable climate for the activities of journalists, human rights defenders and other actors of civil society”.

This  statement highlights our deep concerns with regard to the freedoms of assembly and association in Cameroon..."

Read the full submission here or on the United Nations Digital Library.