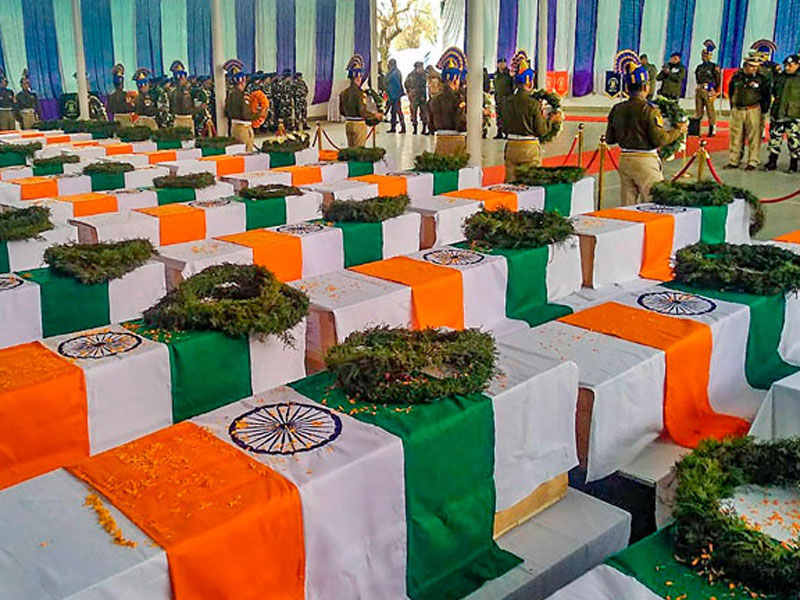 New Delhi, February 18: The Commonwealth Human Rights Initiative (CHRI) has expressed deep grief at the terrible terror attack in Pulwama, Jammu & Kashmir, which took a devastating toll of lives of over 40 Central Reserve Police Force (CRPF) personnel -- one of India's major paramilitary and internal peacekeeping forces -- and conveyed its condolences to the devastated families.

This premeditated act of violence is unacceptable and we hope that authorities will bring those responsible to book through an impartial, swift and diligent investigation and proceed strongly against them with the full force of the law.

As an international body, we urge the Office of the United Nations High Commissioner for Human Rights (UN OCHCR), and the UN Human Rights Council to investigate those who are allegedly  responsible for egregious abuse and brazen enabling of terror groups allegedly by the Pakistani state. Such violence has taken the lives of hundreds of innocents and CHRI calls for strong concerted action by the international community, including considering the possibility of targeted economic sanctions against the states responsible for sheltering terror outfits.

We also call upon the Government of India, political parties, the media, professional and civil society organisations to function with restraint and halt the anger, nastiness and worrying hatred that is surfacing and surging through social media. This is not a time to circulate rumours and fake news which weaken the fibre of society and the internal strength of India.

We hope that the Indian government will proceed with caution and seek the cooperation of the local authorities of Jammu & Kashmir in dealing with the issue of terrorism in the region.