NHRC urged to do more to observe trials as part of protection for RTI activists: CHRI 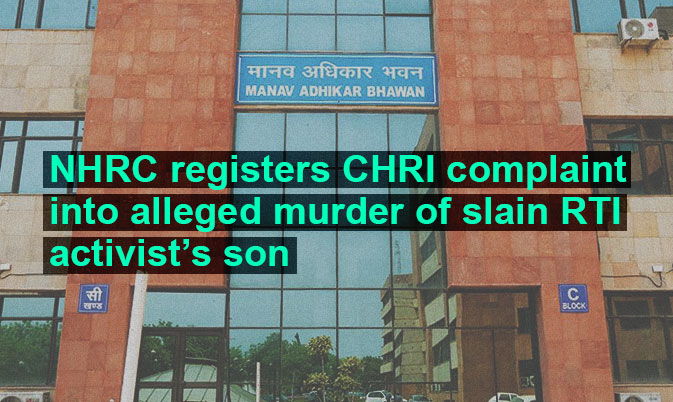 New Delhi, 19 June: The recent death of a youth in a brutal attack, a year after his father who was a prominent RTI activist was similarly killed, underlines growing concerns about the safety of rights defenders, the Commonwealth Human Rights Initiative (CHRI) has said.

Although Rajesh Sondharva of Rajkot district in Gujarat, was not an RTI activist himself, he was reportedly attacked for trying to get a cancellation of bail of an accused in the murder of his father (known activist Nanjibhai Sondharva).

CHRI is encouraged by the National Human Rights Commission (NHRC) registration of a complaint after we pressed for a thorough inquiry into the murder of 19-year-old Rajesh Sondharva (see details here). However, the NHRC often ends its involvement in such cases after it is committed to a trial court -- which happened last year when it closed inquiry into our complaint filed after the killing of Nanjibhai Sondharva.

The country-wide tally now stands at 83 reported cases of alleged murder, at least 165 cases of assault, and 180 cases of harassment or threats to RTI activists. Another six cases of death by suicide have also been linked to RTI activism. (See CHRI’s ‘Hall of Shame’)

Attacks against RTI users continue across the country, especially in the absence of any independent observers reporting on the trial process, which often emboldens the accused. This as evident in the killing of Rajesh, who was seeking justice in his father’s murder trial.

CHRI therefore urges the NHRC to not only register such cases, but also establish a mechanism to critically observe the progress made through their entirety. Such monitoring could ensure more rigorous investigation and accountability that was in line with its mandate to protect human rights defenders.

“We also urge authorities in Gujarat to heed the NHRC’s December 2017 direction to the state government to ‘ensure freedom of expression of RTI activists and [human rights defenders] and give them necessary protection as per law',” said Sanjoy Hazarika, CHRI’s International Director.