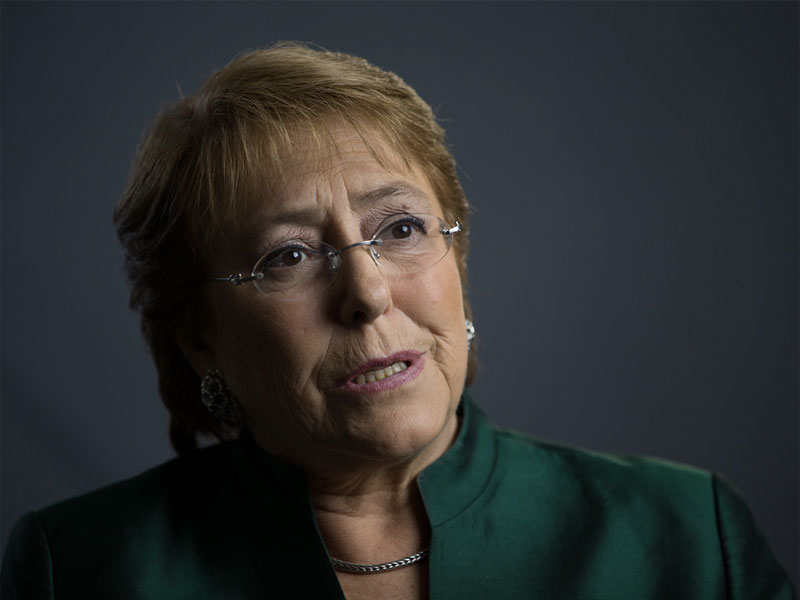 On October 24, 2018, the UN High Commissioner for Human Rights, Michelle Bachelet, replied to a letter that was jointly sent to her by over 750 NGOs and civil society groups across the world. You can read her reply here.

As local, national, regional, and international civil society organizations from every corner of the world, we offer warm congratulations on your appointment as United Nations (UN) High Commissioner for Human Rights.

We are committed to a world in which every person enjoys human rights and dignity and in which our communities are fair, just and sustainable. We consider that a strong High Commissioner, working in strategic partnership with independent civil society, can contribute significantly to the realization of this vision.

You take up office at a time when human rights are under attack and when we risk the reversal of many of the achievements of the modern human rights movement. We look to you in these troubled times to be an unwavering voice in the defence of human rights, and of victims, rights-holders and human rights defenders around the world.

On every continent, the rights of individuals, communities and peoples are being violated and abused by governments and non-state actors, often with complete impunity. Civil society, peaceful dissidents, and the media are often brutally silenced. The role of your Office in ensuring robust monitoring of, and reporting on, such situations is essential for curbing violations and deterring further abuse, as well as for ensuring justice and accountability. Technical-assistance and capacity building by the OHCHR is also critical and, to be effective, should be approached holistically alongside a rigorous assessment of the rights challenges in the country, including through key indicators to measure progress and assess the degree of engagement and cooperation by the State.

As High Commissioner, you have a unique role to play in bringing country situations of concern to the attention of the UN Human Rights Council and other UN bodies, particularly situations that may not be on their agenda or which receive limited attention, often because of political pressure. This role should extend to providing briefings to the Security Council on situations either on its agenda or that, if left unattended, could represent a threat to international peace and security. Monitoring missions and inter-sessional briefings to the HRC can be initiated at the High Commissioner’s prerogative, on the basis of your Office’s universal mandate, bringing attention to neglected country situations and contributing towards the achievement of the Council’s mandate to prevent human rights violations.

We are aware that the position of High Commissioner comes with its own challenges. Many States will insist you avoid “naming and shaming” and push you to engage in “quiet diplomacy” and to respect national sovereignty. Often, those most intolerant of criticism and most forceful in suppressing dissent will speak the loudest in seeking to mute your voice. Survivors, victims and defenders on the front line in countries where their rights are being violated will rely on you as a human rights champion, to have the courage and conviction to call out violators clearly and publicly, even when it’s challenging or unpopular with governments.

Globally, the rights essential to civic space are being systematically undermined. Civil society and human rights defenders face severe daily risks in their struggle to defend human rights on the ground, including imprisonment, asset-freezes, defamatory campaigns, torture, enforced disappearance, and even death. Risks are also present in the UN context, where individuals frequently face intimidation, harassment or reprisals for their engagement with the UN. We urge you to be a staunch defender of the rights of defenders both on the ground and at the UN, to publicly call out violators, and to undertake or push for investigations into attacks and reprisals. We also encourage you to take full advantage of the distinct, often innovative complementary role of civil society to the work of the OHCHR, and ensure the Office works closely with civil society as a strategic partner at the national, regional, and international levels.

Currently, the human rights framework itself is under unparalleled attack. Authoritarian populists are attacking the universality of human rights, disproportionately and unlawfully restricting rights in the purported interests of “national security,” often tacitly or openly encouraging attacks by their followers or vigilantes on rights defenders as well as the vulnerable and poor, while selectively interpreting human rights and seeking to co-opt or subvert human rights mechanisms to suit their political agendas. Safeguarding and strengthening universal human rights norms and mechanisms should be a core responsibility of the High Commissioner.

Once again, we congratulate you on your new role, and stand ready to support you and your Office in the fulfilment of your vital mandate.