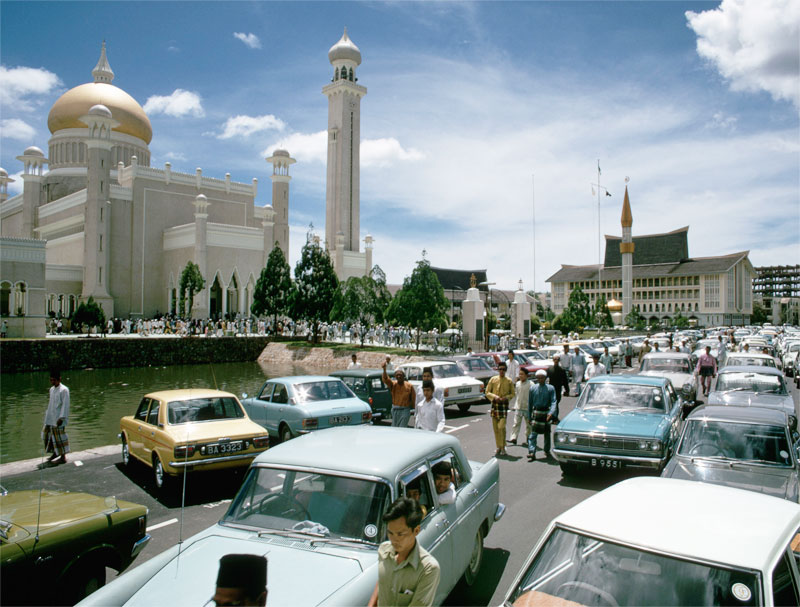 Istana Nurul Iman, the official residence of the Sultan of Brunei, Hassanal Bolkiah, and the seat of the Brunei government

New Delhi, April 1: Brunei Darussalam’s plan to introduce the death penalty by stoning for same sex relations and adultery has triggered a call from a leading Commonwealth human rights organisation for the revocation of the country’s membership.

Denouncing the proposed law, which is to come into place April 3, the Commonwealth Human Rights Initiative (CHRI) described it as “a flagrant violation of rights”.

In a letter to the Commonwealth Secretary-General in London, CHRI defined the legislation as “a blatant and unacceptable violation” of the Commonwealth Charter which holds member governments to upholding of all human rights, including equality and non-discrimination, as well as tolerance, respect and understanding.

The human rights body urged that the issue be raised at the upcoming Commonwealth Ministers’ Advisory Committee (CMAG) and consider Brunei Darussalam’s suspension from the international organisation, which comprises members of former British colonies.

CHRI, which is accredited to the Commonwealth Secretariat, is a 32-year-old organization headquartered in India and presses internationally for human rights protection (www.humanrightsinitiative.org)

“What is truly horrifying is that the new laws, which are to come into place as early as April 3, will also apply to children,” said Sanjoy Hazarika, CHRI’s International Director, in a letter to Patricia Scotland, the 53-nation Commonwealth’s Secretary General or chief executive.

“There are new harsh penalties for other 'crimes'. These include the medieval practice of amputation of hands or feet as a punishment for robbery”.

“What the Government of Brunei Darussalam proposes is a turning back of the clock of history,” he said, writing on behalf of CHRI’s International Advisory Commission, which includes prominent international scholars, educationalists, lawyers and a former senior UN official.

You can read the full text of CHRI's letter to the Commonwealth Secretary-General here.