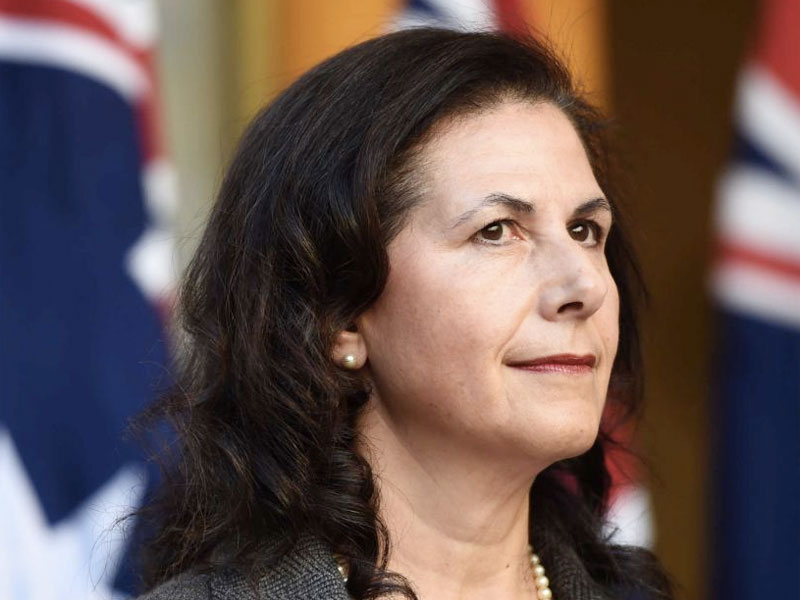 [Address by Senator the Hon. Concetta Fierravanti-Wells, Liberal senator for New South Wales and Minister for International Development an the Pacific]

Thank you, thank you very much.

Can I start by acknowledge my panellists, and thank Chatham House for this opportunity.

The question at the heart of our meeting today is basically ‘can the small states of the Commonwealth navigate the biggest challenges of our time’, which are basically global in nature.  And this of course is critically important.

Terrorism, climate change, sustaining economic growth, the impact of rapid technological change, sharper and sharper competition for agriculture and resource stocks – these issues confront small island states, or SIDS, just as much as they do developed countries.

Now of course Australia is a very large – it’s one of the world’s largest islands – and we live between two oceans, the Pacific Ocean and the Indian Ocean. Of course these areas, the Indo-Pacific, is very much home to a very diverse range of nations and of course none as diverse as in the Pacific.

The Commonwealth is composed of countries that are ranging from small nations to large nations, like Australia, from wealthy nations to the most vulnerable countries participating in the global economy.

We, of course, are very conscious of this diversity, which is very much a feature of the Pacific region.

Many of our neighbours face challenges that are very different to our own – and those challenges are common to many of these SIDS globally.

They’re generally small economies, with a very narrow industrial base.

They often have small populations, and of course this makes it harder for SIDS to get the economies of scale, the global competitiveness, particularly in a world where increasingly we are seeing trade protectionism.

Often, they are geographically distant from key trading partners, therefore making it very expensive for them to effectively get their goods to market.

Now, given the realities of our global geography, SIDS are more often than not vulnerable to the dangers of natural disaster, whether they be earthquakes, cyclones, or other devastating events.

According to the 2017 World Risk Index, five of the 15 most risk countries are in the Pacific.

Just in the last months, we have seen three cyclones hit the Pacific: Gita, Josie and Keni. Indeed, we were supposed to have Prime Minister Bainimarama with us today, but I’m sure the Prime Minister at the moment has issues and we’ve got cyclones certainly very much hitting Fiji at the moment.

Of course, SIDS have small budgets making them subject to a greater degree of fiscal risk than those faced by larger and more diverse economies. And of course this in turn limits the capacity of SIDS to respond to global or local shocks.

Governance can be a significant challenge and modest resources often spread vast and remote locations can make it difficult to achieve the sort of education and health outcomes that we in developed nations very much take for granted.

So that’s why from Australia’s perspective, our overseas development assistance is around the AUD 4 billion mark. 90 per cent of our ODA is actually spent in the Indo-Pacific, and a third of that directly in the Pacific. We have chosen to target our spending very much in what we call our backyard, our neighbourhood.

This is a very clear priority of our Foreign Affairs White Paper, which was recently released. The stability, prosperity and security of our region is second only to the defence of Australia.

And so therefore, we share very much our interest in ensuring particularly our Pacific partners lift their economic growth and prosperity.

For that reason, Australia has stepped up its engagement in the Pacific. It’s one of our major foreign policy objectives.

If you look at our ODA investment amongst Commonwealth countries, six out of the top ten recipients are SIDS – and our number one recipient, of course, is Papua New Guinea.

Now, it is not in our interest to see SIDS locked out of global engagement and for them to become more vulnerable to the risk of instability or economic failure.

It is important that development priorities do take into account the priorities of those SIDS but at the same time do not impose on them unnecessary debt burdens.

I just wanted to touch on some of the things that Australia has targeted in terms of its assistance to SIDS in Geneva and New York. Our funding for the Commonwealth Small State Offices has allowed small island counties like Kiribati and Samoa to represent their interests in international flora and contribute to make their contribution to our international rules-based order.

We are proud to help Pacific island countries and we support their efforts and their economies to adapt, particularly in a post-climate change world.

In recent years, we not only help in health, in education, in governance – in a whole range of different areas – food security, economic and climate issues, but also law and order, and governance and security.

For example, as part of our Regional Assistance Mission to the Solomon Islands, this mission – which was a regional mission – made an enormous contribution to peace and security in our area.

Now that it’s concluded – it ran for 14 years at a cost of about $2 billion for Australia – but today, it is the forerunner to what we will now be developing in the Pacific, which is a regional Pacific security framework called ‘Biketawa Plus’.

Recognise rising sea levels will affect Commonwealth countries, both large and small – and this is an issue of fundamental importance to Australia and most especially to our region.

Of course, the legal implications of sea level rise are not explicitly addressed in the UN Convention on the Law of the Sea (UNCLOS).

We in Australia remain firmly committed to the international rules-based order under UNCLOS. We have demonstrated this through our recent agreement on maritime boundaries with Timor-Leste, which was the first conciliation of its kind conducted through UNCLOS’ dispute settlement procedures.

We are committed to working particularly with our Pacific island countries to consider the legal uncertainties that arise and are maybe caused by sea level rises. Now, we want to play a constructive voice in this discussion. We hope that this issue will be raised at the next Pacific Islands Forum.

We are a long-standing partner in helping Pacific island countries formalise their maritime boundaries consistent with UNCLOS through our Pacific Maritime Boundaries Project.

We believe that establishing maritime boundaries is the first step in addressing the challenges presented by climate change and the effects of potential sea level rises.

Can I just conclude by saying that clearly we are here to talk about SIDS, but of course SIDS is vitally important. Small Island Developing States are very important in our Pacific region, so I wanted to focus my comments on our neighbourhood.

As a member of the Pacific family, we share very much the common interest in working together to ensure a stable and secure region and we certainly look forward to working through some of these issues and having the opportunity to raise them in this very important forum.

Thank you very, very much.