Sampur in the Spotlight after Indian RTI Request 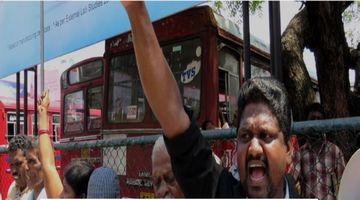 Among other things, it was revealed that environmental clearance for the project was still awaited as late as February 2015. Clearance has been given to the project to proceed despite concerns raised by environmentalist groups, including a Fundamental Rights case filed by Environmental Foundation (Guarantee) Ltd, an organisation dedicated to environmental protection through litigation.

The Ceylon Electricity Board, tasked with almost all the electricity generation, transmission, distribution and retailing in Sri Lanka has tied up with NTPC for the Sampur project, setting up a joint venture company called Trincomalee Power Corporation Limited (TPCL), in which both companies have a 50:50 equity partnership.More