Information and Power: The Evolution of RTI 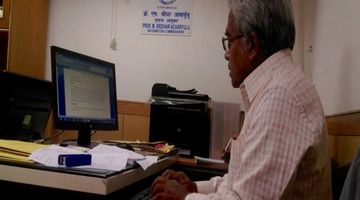 Inside India’s Central Information Commission, Professor M Sridhar Acharyulu is hearing a case on illegal occupation. The applicant wants to know if the Registrar of Co-operative Societies, (RCS) which deals with housing, has complied with an order to evict an employee from one of its flats. Despite repeated reminders, leading to an order for the employee to vacate, the applicant believes no action has been taken. Acharyulu makes his decision. “The appellant has filed an RTI application seeking for a compliance report,” he dictates to another employee to types out the order. Printing it out, Acharyulu promises the appellant that he will get a response within 20 days.

The whole process doesn’t take more than 10 minutes. As the afternoon wears on, more cases are heard – one person wants to know about a fraudulent society, another wants copies of audit reports. Some of them are coming to the Commission for the second or third time, since the government departments concerned have chosen not to take action. More