The Repatriation of Indian Prisoners from Foreign Prisons 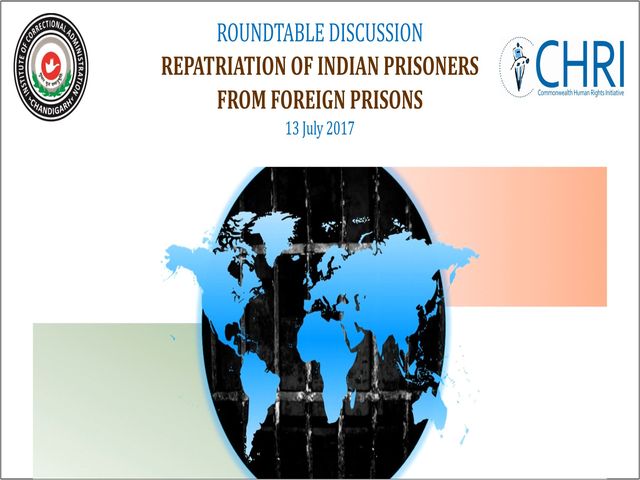 The Commonwealth Human Rights Initiative (CHRI) and Institute of Correctional Administration have organised a roundtable discussion on 13 July 2017 on the repatriation of Indian prisoners from foreign prisons to discuss the findings of their rapid study. There are more than 7000 Indian prisoners in foreign jails. Not more than 80 Indian prisoners have been transferred back so far under the Repatriation of Prisoners Act, 2003. A significant number of these inmates continue to languish in foreign prisons due to external and internal roadblocks, including in those countries where India has signed bi-lateral agreements. The aim of the roundtable is to discuss the key findings of CHRI’s study undertaken in partnership with the Institute of Correctional Administration, Chandigarh, on barriers/bottlenecks in the policy and practice of transfer of Indian nationals from foreign country prisons and put forth recommendations and solutions concerning a fair, enabling, efficient and coordinated system for their repatriation.