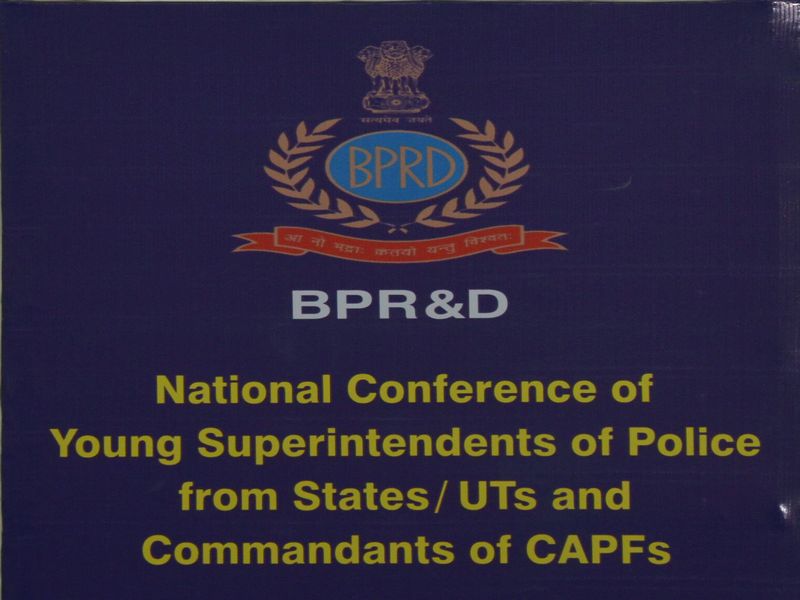 The adversarial relationship between police and the media was the focus of a special session between young Superintendents of Police from different states of India, union territories and Commandants of Central Armed Police Forces (CAPFs) and a panel which included the distinguished police leader Prakash Singh, Sanjoy Hazarika, CHRI’s Director, and Ms. Mrinal Pande, award winning journalist and author.

While some participants defined the media as intrusive, “a nuisance” often, and irresponsible, others asked if the relationship could go beyond these prejudices.

The conference was organised by the Bureau of Police Research and Development (BPR&D) on Aug 1, 2017 in Vigyan Bhawan, New Delhi and earlier inaugurated by Mr. Ravi Shankar Prasad, Minister for Electronics and Information Technology and Law and Justice, Govt of India.

Mr. Hazarika, Director, CHRI, and a former New York Times reporter, said the media and the police should have an “informed relationship.”

Hazarika asserted that even in times of conflict people retain fundamental rights and “the golden standard” should be upheld even more sensitively and strongly. Law enforcers “should remember that ultimately they will have to face the law. Their acts will come to haunt them.  He cited the example of a police officer from Manipur, Hirojkit Singh, who confessed publicly to have killed over 100 persons in staged ”encounters”.

The Supreme Court recently ordered the Central Bureau of Investigation (CBI), to investigate more than 90 cases of encounter deaths in that state, ruling on a petition filed by a Manipuri human rights group.

“An accused person cannot be paraded in the public, his confessions cannot be presented before the media and he cannot be tried by the media even before he has been tried by the court and pronounced guilty of the crime,” said Hazarika.

“It should be clear in the minds of the police that they are here to uphold the law but also respect the rights of the vulnerable and weak,” he said.

Hazarika’s co-panelist at the conference, ex-chairperson Prasar Bharati Mrinal Pande, spoke of the constant tussle between the media and the police. She said the media wanted to always mine information while the police wanted to shield it.

The police, she said, have to fight their image of being macho and cruel and it should be known that both media and police are here to serve the public.

Former Border Security Force (BSF) chief Prakash Singh, who was the moderator of the session, said the image of the police could be improved not by running after the media or seeking favours but by providing a better environment and treatment to a person who has come to the police station to register his complaint.

He said custodial deaths and fake encounters further tarnished the image of policemen in the public eye. Mr. Singh said the police needed to be a “ruler’s police not a people’s police” and noted that how the police handled communal riots or treated Schedule Tribes, Schedule Castes, minorities, women and weaker sections showed their true nature.