Concluded: Workshops on the Implementation of Access to Information Act, 2016, in Kenya 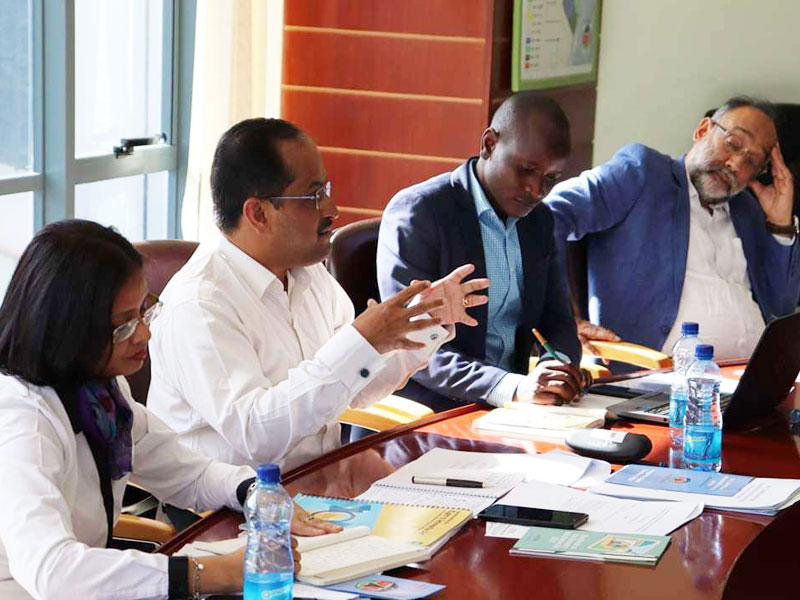 CHRI and the Katiba Institute concluded two intensive workshops on the Implementation of Access to Information (ATI) Act, 2016, in Nairobi and Nakuru Kenya this past week, with support from the Commonwealth Foundation.

Ahead of the workshops, we met with members of the Commission on Administrative Justice (CAJ) and Katiba Institute (KI) at the CAJ Boardroom in Nairobi on November 13.

[Below left] Programme coordinator of CHRI India’s ATI team, Venkatesh Nayak, introduces CHRI and its work to participants in the workshop in Nakuru. For this workshop, we coordinated with Katiba Institute and the MidRift Human Rights Network. [Right] Professor Yash Ghai, Chair of CHRI's International Advisory Commission and Founder, Katiba Institute, speaks about situating the ATI Act in context of governance and developments processes in Kenya.

The audience of members of civil society organisations heard from several speakers, including CHRI’s India chair, Wajahat Habibullah, who spoke about RTI's growth in India and how it continues to redefine democratic practise through extensive public involvement, Esther Ahulu, Programme Officer, ATI Programme, CHRI's Ghana office about about our advocacy efforts to get the RTI law enacted in Ghana, and Shailesh Gandhi, who spoke from Mumbai via Skype on the role of Information Commissions in implementing RTI laws.

Despite efforts, accessing information remains a struggle. Participants at the conference shared their experiences in using the ATI Act to seek information from various public entities. Most attempts, they said, were in vain. The workshops concluded with participants working in five groups to draft ATI requests on issues of public concern. RTIs were presented from each group.