Concluded: Launch of CHRI national report on the state of legal aid in India entitled ‘Hope Behind Bars’ 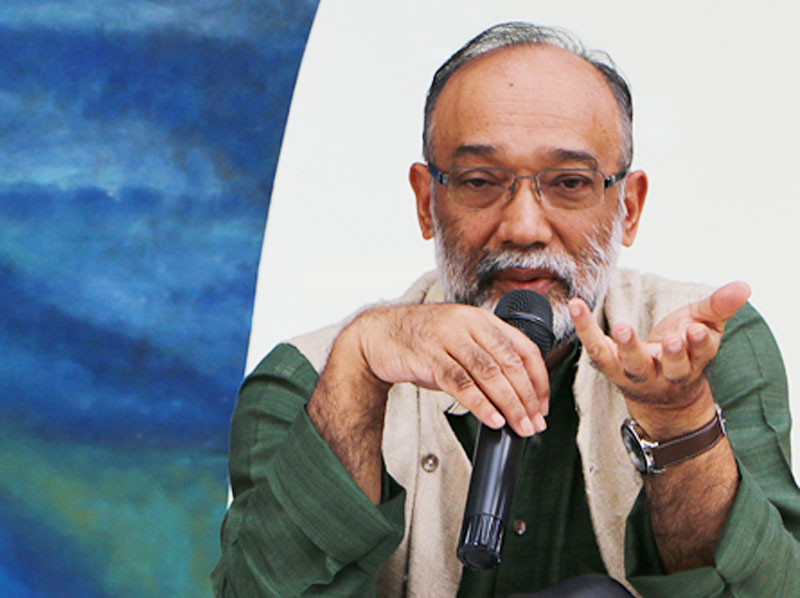 Below is the transcript of the speech given by CHRI International Director Sanjoy Hazarika at the launch:

Justice A.P. Shah, former CJ of the Delhi high court and member of CHRI EC, Justice Dr. S. Muralidhar, Dr. Srikrishna Deva Rao, Vice Chancellor of NLU Odisha, Mr. S.S. Rathi, Director, NALSA and other members of NALSA, SALSA, legal luminaries, scholars, Maja Daruwala, civil society colleagues and members of the CHRI board and staff.  I am delighted to welcome you to this launch of CHRI’s national report on the state of legal aid in India, ‘Hope Behind Bars?’

I’m greatly honoured to be in the presence of all of you but especially two judicial minds who, nine years ago, laid down the law on Sec 377, which we celebrated again last week.

I stand before you with a sense of deep humility, clear in the knowledge of how little I know of the issues that you are so immersed in and knowledgeable about and will be discussing. I’m a writer and story teller, my life has been in activist research and policy analysis and my work has been largely located in and around the region we call the North-east of India.

This work has sought to inform the rest of the country about the issues which matter there, develop bridges between the disadvantaged and poor on one side and the powerful on the other, I’ve worked on areas of health and healing, oppose arbitrariness and impunity of the state and non-state actors. It sounds like a different universe to what we will be talking about today. But it’s not. Not really. Much of it is related to the need for justice, a cry for justice, access to justice and of justice being done -- although in different ways than legal aid.

I’ve been in CHRI for two years and owe much to my colleagues on staff, my predecessor Maja Daruwala and the distinguished members of the board – including Justice Shah– who have helped deepen and broaden my understanding of the system, the enormous, unending, remorseless challenges before us and how much more needs to be done.

We work in conditions of manifest injustice, of damaged systems and live with a deep sense of outrage at the problems around us, at the issues of redressable injustice. That is at the heart and the beauty of the theory of legal aid and its innate difficulties. The State is bound by law to provide legal representation free of charge for those who cannot afford it. But how is the system working? We hear of cases of people who are being released after decades because they never had legal assistance when they needed it, because they never knew they had a right to that aid.

The cost of not getting that assistance can’t be assessed just in terms of years lost or gained, of defeat or victory in a court room. Let me place a thought before you -- the issues of trauma, of inability to cope with the long troubles that grow over the years, the many burdens which multiply, damage and destroy individuals, their minds and their lives. They don’t have funds to for lawyers and their cases … can they cope with the additional stress?  The system isn’t even looking at this at all and it should, it must. For justice goes beyond the legal and constitutional, it is also psychological.

This report and today’s discussions are as much about the Idea of Justice and where it meets the Idea of India as much as about anything else. For if we are to be about anything, it has to be about rights, about constitutional justice which is delivered in time. At the heart of the battle for rights is a fundamental moral core and that is where the dividing lines are drawn and what the idea and practice of justice – as well of injustice – is all about.

Last December, in Fiji I met with the head of the country’s Legal Aid Authority.  I was struck by an initiative they had just begun – when a person is arrested and brought to the station, the Legal Aid Authority is informed and within an hour a lawyer or a representative from the authority reaches the police station so that the detainee is not alone during questioning and is informed of his or her rights. Legal representation thus can start at the police station.

In this remarkable report, over which he has labored hard and long – well over a year and half – Raja Bagga – has broken new ground.  Some of the ground is mapped and known. Other areas are not and he will speak of it.  But I want to draw attention to the methodology.  He has painstakingly used a system that has been with us for 13 years, RTI, and gathered facts from governments across the country. Undeniable and inconvertible from official sources. So when many say that there are efforts to dilute the RTI, here is a resounding assertion of its efficacy, when used with rigour and commitment. And we have many boxes of responses in our office as evidence!

I believe that this is a example of a good practice. In the process, Raja also uncovered good practices in the legal aid system across several states.  So while all is not all gloom and doom, his sharp look at the effectiveness or otherwise of the legal aid system across states uncovers the huge task before us. The scope of the report in limited to access to legal aid in criminal cases.

It draws on existing information in the public domain from government sources such as the report of the National Crime Research Bureau and combines that with the substantive material generated from RTIs. While it looks at many issues, there are two key challenges that the report has confronted, time and again, across geographies and governments – how early is early access to legal aid and second how effective and competent is that quality of aid.

J Muralidhar has elsewhere raised four core questions that lie at the heart of legal aid: Visibility, Accessibility, Awareness and Outreach. That justice is not limited to courts and lawyers and that an ideal justice delivery system would be a mix of Preventive, Remedial and Rehabilitative systems. There’s a crippling lack of awareness among people about the legal system’s functionalities and free legal aid. Poverty, ignorance of law and their rights means that many poor people are unable to continue their legal battles. Privileged sections of society are favoured.

I believe that the report will place before us an opportunity to improve good practices where they exist and install them where they are absent.  I hope that decisions would be taken and policies put in place in line with the recommendations in this report. Two or three years down the road, I believe there should have a joint review of legal aid across the country to assess it against targets set, involving NALSA, the state units and CHRI.  This could be a practise that could be relevant to other countries with similar systems of jurisprudence.  We hope also that it will lay the foundation for an international study on pre-trial detention and legal aid across the Commonwealth, across geographies, which CHRI hopes to lead over the next years.

I would now like to call upon Justice Shah, Justice Muralidhar, Dr. Srikrishna Deva Rao, Raja Bagga, Maja Daruwala and Alok Agarwal to join us in releasing the report.