Concluded event: SAMDEN's second convening on journalism and "The Perils of the Internet" in New Delhi 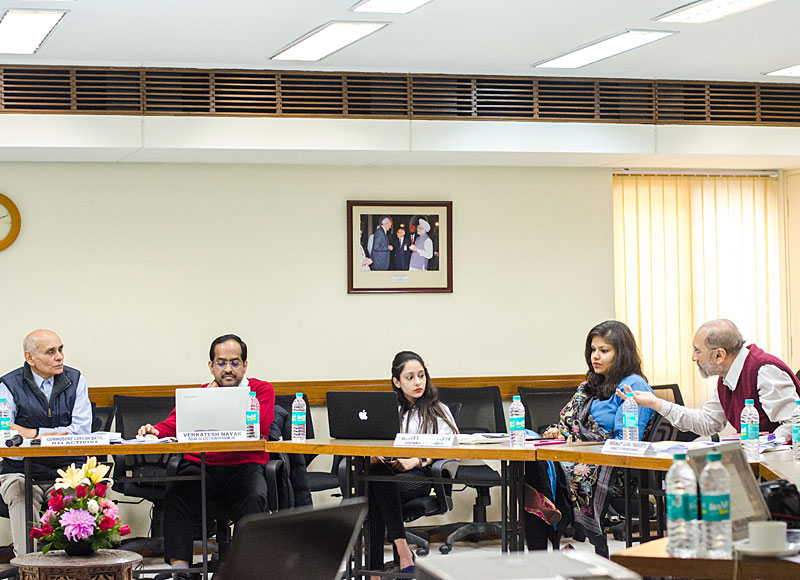 The South Asia Media Defenders Network (SAMDEN) conducted its second convening on March 2, 2019 -- with prominent journalists, lawyers and IT experts/activists from across India in attendance.

Split over two session, the event was especially designed around bolstering freedom of the press in India. The first session dealt with a critique of Information Technology laws in India which are or may be used against media freedom and journalists. Among the participants were Mr Mahfuz Anam, Editor of the Daily Star, Bangladesh, who over Skype discussed the repercussions of the country's draconian Digital Security Act on the press, and Mr Kumar Lopez, director of the Sri Lanka Press Institute (SLPI).

Session 2 was spent discussing the effects -- both professional and psychological -- of hate speech, trolling, doxing and other forms of online abuse against journalists. Noted independent journalist, Rana Ayyub, attacks against whom last year drew the United Nation's attention, addressed the convening over the phone. Also present were journalists such as Patricia Mukhim, Paranjoy Guha Thakurta and former journalist Smriti Singh (who now works with Amnesty India) who have first-hand witnessed attacks in their careers as journalists.

The convening ended with a call to action, including plans to hold consultations with media bodies across the country to push for a national legislation on journalist protection (in line with laws that exist in some other countries, such as Mexico); pushing for greater awareness among rural and vulnerable journalists to improve their personal digital security, highlighting the dangers of state surveillance to the public, pushing for political parties to include press freedom in their election manifestos (India votes for a new government in a few months), and offering journalists a platform through an upcoming SAMDEN website to report threats and crimes committed against them while linking them to capacity-building resources, among other things.

SAMDEN was established in 2018 with the goal of opening up shrinking spaces for journalism in South Asia. Its first convening was held in June 2018, where core and associate members of the network came together to lay the foundation of the work we intended to do to support media workers. This year, SAMDEN will move ahead with the launch of a new website and the creation of a repository of capacity-building tools and resources for journalists.

You can read the Convening report here, and find background note and Agenda of the meeting here.