Will the Commonwealth Finally Step Up in Sri Lanka? 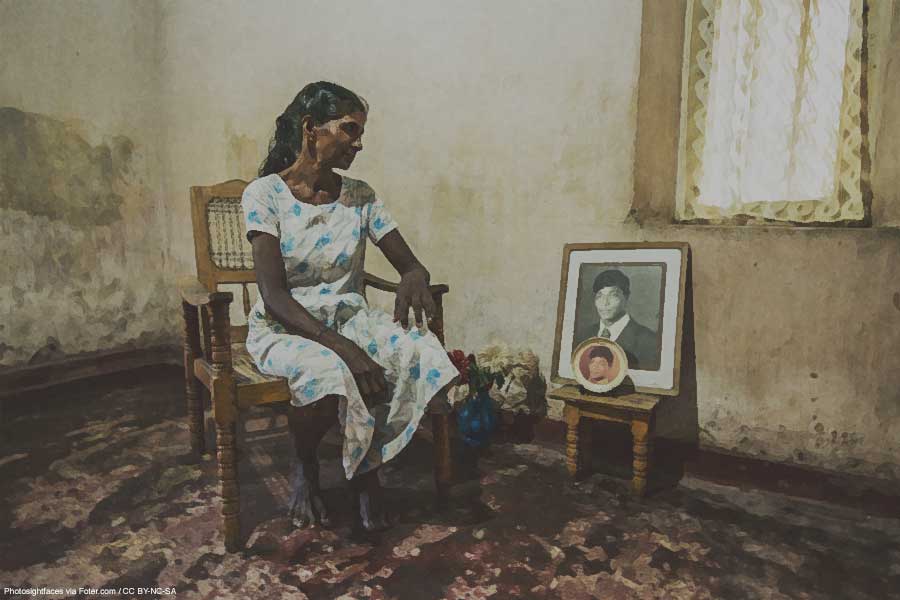 The 2015 edition of the Commonwealth Heads of Government Meeting (CHOGM), which was held in Malta from November 27 to 29, marked the 50th anniversary of the Commonwealth’s reincarnation as an intergovernmental association. In the five decades since the modern Commonwealth, the association has displayed its fortitude in times of crises; its firm opposition to apartheid in South Africa and the refusal to be complicit in the political oppression in Zimbabwe are some shining examples of its moral courage. However, in recent years the Commonwealth’s credibility has been bruised and its influence has diminished.

One of the recent issues damaging Commonwealth credibility was the humanitarian crisis in Sri Lanka after the cessation of armed conflict in 2009. In the following years, deafening silence in the wake of the country’s sharp turn towards authoritarianism, and its disregard for rule of law, further eroded confidence in the Commonwealth. Against the backdrop of mounting international criticism for gross violations of human rights, CHOGM 2013 was held in Colombo amid protests, non-attendance and even boycott by some member states. While then President Mahinda Rajapaksa tried to paint a picture of paradise in Sri Lanka, his government had already placed severe restrictions on the media, including on foreign news agencies, and had  banned all forms of protests in the country for the duration of the CHOGM.

Fast-forward to 2015 and the political landscape is markedly different. Rajapaksa has been soundly defeated, first in the presidential election in January, and then during his bid for Prime Minister in the August parliamentary elections. The most significant factor defeating Rajapaksa in the presidential election was the en masse Tamil and Muslim voters who cast their ballots for Maithripala Sirisena. The newly formed government, led by President Sirisena and Prime Minister Wickramasinghe, has made conciliatory public pronouncements on the need for national reconciliation. In comparison to the previous decade under Rajapaksa, the current administration’s admittedly symbolic gestures have rekindled hope and optimism, especially within the minority communities, the Tamils and Muslims of the North and East.

Another issue that has occupied the public and political discourse since the inception of the national government is the Office of the High Commissioner for Human Rights’ Investigation of Sri Lanka (OISL). The OISL was established in March 2014, in pursuance of Human Rights Council (HRC) resolution 25/1, to undertake a comprehensive investigation into allegations of gross violations of human rights by the Government of Sri Lanka and the Liberation Tigers of Tamil Eelam (LTTE).  Rajapaksa and his administration had repeatedly attempted to scuttle UN efforts, including the intimidation of witnesses, visa denial to UN investigators, and lashing out at the OHCHR. In stark contrast, Sirisena’s presidency has been accommodating—or at the very least engaged—with the UN HRC. As a result of the government’s assurances to the world human rights body and Foreign Minister Samaraweera’s frenetic international diplomacy, the release of the report was deferred by six months in order to give the new administration time to politically secure itself.

The OISL report was released during the recently concluded 30th session of the UN HRC and brought to the fore horrific levels of violations and abuses that have occurred in Sri Lanka, including “indiscriminate shelling, extrajudicial killings, enforced disappearances, harrowing accounts of torture and sexual violence, recruitment of children and other grave crimes.” But the crux of the report lay in the recommendations set out for the Government of Sri Lanka, in order to establish accountability, justice and non-recurrence. Foremost amongst the recommendations was the establishment of a hybrid court, integrating international judges, prosecutors, lawyers and investigators to account for war crimes and crimes against humanity committed since the end of the ceasefire in 2002. Sri Lanka’s domestic legal framework is inadequate to deal with international crimes of this magnitude—in the past, conflict-related crimes were prosecuted under regular criminal law, and past governments’ have had appalling track records in terms of impartial and independent investigations. Indeed, most if not all of the previously commissioned inquiries since the end of the war have either not been made public or have completely ignored or acquitted crimes committed by government forces.

What emerged in the aftermath of the report was a draft resolution co-sponsored by Sri Lanka which, albeit milder in language than desired, did manage to incorporate much of the OISL recommendations. By and large, the Sinhalese south has perceived the proposal for the establishment of a “Sri Lankan judicial mechanism” as a victory of the country’s sovereignty. The ambitious agenda for Transitional Justice has found resonance amongst moderate Tamils and human rights defenders in Sri Lanka. With all vectors pointing towards the genuine possibility for bringing about accountability, justice and reconciliation, the Government of Sri Lanka must seize this opportunity and redress victims of human rights abuses, roll back decades of impunity and work towards a political settlement to ensure non-recurrence.

During the CHOGM in Malta, the Commonwealth had a golden opportunity to start meaningfully contributing to the process and mechanism of Transitional Justice in Sri Lanka. This is especially true after the Government of Sri Lanka played hard-ball at the negotiating table in Geneva to change the language of “international” judges, prosecutors and investigators to “Commonwealth and other foreign judges”. Since the majoritarian Sinhalese public discourse viewed the notion of an “international court” as an affront to the nation’s sovereignty, the idea of the Commonwealth seems more acceptable to the populace. Yet in the final communique of the CHOGM 2015, under “country situations”, Sri Lanka was not mentioned at all. At best, the Heads made broad statements on the need to implement the recommendations of the Commonwealth’s report of 2007, Civil Paths to Peace, without any articulation of its specificities or the roadmap. Yet the Commonwealth’s member states have dealt with transitions from armed conflict and political violence into peaceful and democratic societies. By rekindling efforts such as the 2013 Commonwealth Roundtable on Reconciliation and bringing together the experiences and good practices of Transitional Justice, the Commonwealth and its Human Rights Unit could contribute by addressing Sri Lanka’s past, including truth, justice, reparations and guarantees of non-recurrence.

The opportunity to assist Sri Lanka could revitalise the Commonwealth from its slumber of earlier years. With the appointment of the first woman Secretary-General and Malta as the Chair-in-Office for the next two years, the Commonwealth now has a unique opening to restore its place on the global stage.

This article first appeared in OpenGlobalRights on 14 December 2015