Waiting For Legal Aid: An Unfortunate but Typical Story 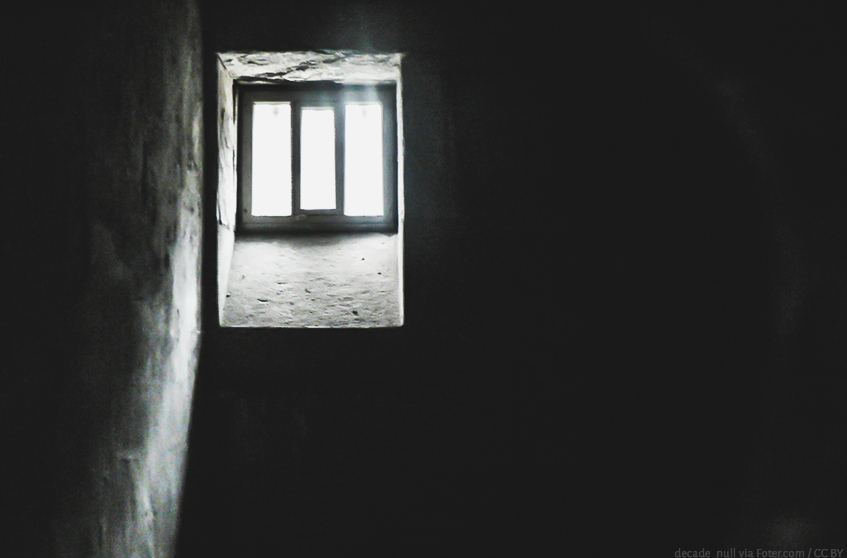 Here is the unfortunate but typical story of the difficulties so many inmates face when trying to access legal aid in India.  This is just a snapshot of the challenges in getting a legal aid lawyer at the right time – many more follow throughout the course of legal proceedings. Through interviews with an inmate known in this piece as Bansi (names and dates have been changed for privacy purposes), CHRI’s Raja Bagga has detailed these all too familiar events in the account below.

Day 0
Bansi  was arrested on charges of theft on 3rd January 2016 and was produced in front of the magistrate on 4th morning. Bansi signed the order sheet and then was taken to jail. Bansi was a daily wage earner. In jail, Bansi was housed in the nayi amad (new admission) ward. He had never been to a jail before and did not talk to anyone for the first two days. Then on the third day he started talking to people around him and they asked him if he had a lawyer. He told them that he does not have the money to afford a lawyer.  They asked him to meet Sanjay, the paralegal volunteer who could get him a ‘sarkari vakil’ (legal aid lawyer) for free. Bansi recalled that the magistrate did mention the words sarkari vakil but in that five seconds hearing, he did not understand anything the magistrate said.

Day 4
On 7th January, Bansi met Sanjay and told him that he didn’t have a lawyer. Sanjay suggested that he should wait till Saturday and check with his family at mulakat (visit) if they have appointed a lawyer for him. On Saturday Bansi’s mother visited him in jail and mentioned that they had gone to several lawyers but could not afford any of them.

On Sunday, Bansi requested Sanjay to help him get a sarkari vakil and Sanjay filled his application form and got his signature. When he went to get the necessary attestation and signature from the jailor on the form, however, the jailor was not in the office. The assistant jailor was busy. By the time the jailor came back it was time for Sanjay to be back and locked up in his barrack.

Day 8
The next day Sanjay got the form attested, took it to the guard and asked him to take it to the DLSA office. The DLSA Secretary received the application forms the same day but the office staff was busy preparing for a lok adalat (public court) so the form remained on his table. Two days later, the secretary noticed that the forms were still lying on his table and told the staff to take action. The next day the forms were entered in the register and later given to the clerk to take them to the respective courts and check from court files if the person already has a lawyer. The court readers were busy and asked the clerk to come later. The files were in the record room and it would take them time to retrieve the files.

Day 14
Meanwhile in jail Bansi has been following up with Sanjay but Sanjay did not have any answers to give. At the DLSA office, after following up with the court reader for two days, DLSA staff were finally informed that the court records do not reflect any information about Bansi’s lawyer. The same day, Bansi was again produced in front of the magistrate. The magistrate asked if he had a lawyer. He nods and began to explain that he had applied for a sarkari vakil but… Before he could finish his sentence, the magistrate turned to a witness in another case going on in the court at the same time and asked him a question. Bansi’s explanation was left ignored and his moment lost. He was again remanded for 7 days and taken out of court by the police.

Day 17
It’s 20th January now, and at the DLSA, the staff made a list of all the applications received along with Bansi’s and decided on the lawyer to be assigned.  In jail, Bansi again meets Sanjay and shouts at him for giving him false hopes that he would get a lawyer. He now believes what others have told him – that the legal aid system exists only on paper.

At the DLSA office the next day, the appointment letter is typed out and signed by the Secretary. One copy is sent to the lawyer and one to the inmate. The jail receives the letter the same day, but the letters are kept along with other documents at the office section of the jail for two days without informing Bansi.  Bansi has no idea that he finally has a lawyer.  He’s been in judicial custody for 17 days and has had two appearances in court without any legal representation and still understands nothing of the process. No one has heard anything from him in his own defence and he knows nothing of his rights.

Day 21
On 24th January, when Sanjay asks if any letters have been received from the DLSA, the Section In-Charge hands over the DLSA letters.  After finishing all his work, Sanjay goes to the new admission ward to give Bansi the letter but is told that Bansi has now been shifted to another ward. On the 25th, a lawyer assigned by the state to visit legal aid clinics in jails, hears Bansi’s story for the first time. The lawyer fills out the legal aid form, gets it signed and attested and delivers it to the DLSA the next day.

Day 25
Sanjay meets Bansi on 28th January and tells him that the DLSA has assigned him a lawyer and hands over the letter. The DLSA on the other hand is furious that Bansi has again sent a legal aid application form even though they have already appointed a lawyer for him. Does Bansi know anything about the client-lawyer relationship, does he know the name of the lawyer, or does the lawyer discuss anything with him? Does he get the vakalatnama (legal representation acknowledgment form) signed?  Does he take Bansi’s next date of hearing?  Does Bansi even know the next date of hearing?

The story above is true. It is also typical. It points to all that is wrong in the system. The system is geared not for upholding the law nor for the benefit of the majority of poor people who get caught in it, but for the convenience of the officials who run it. It has long ago lost the purpose behind the legal aid statutes in place to ensure a fair trial.

While Bansi was struggling to access legal representation -- the first and primary right to have a fair trial -- several provisions created solely to protect constitutional rights had been breached.  He had appeared twice before the magistrate without legal representation.  At his first appearance before the magistrate he had not been informed or explained his rights, asked if he had a lawyer, if he had been in custody for more than 24 hours, or if he had been mistreated. The magistrate had not looked into the memo of arrest to see if the arrest itself was justified nor had not taken any plea.  Bansi could not argue against his remand and there was no justification for a remand of 14 days as opposed to any lesser time. As it was a charge of theft, in most cases the police would likely have asked for police remand to ‘effect recovery’ of items stolen, which is a euphemism for rough treatment which substitutes for investigation in our system. The usual practice is to ask for remand for several days, which is cut down by way of a bargain by the magistrate but given nevertheless. In our experience even when there is a lawyer present the lawyer neither seeks bail at the first instance nor protests the remand or the regular non-production of the accused in court.

CHRI’s study, “The Missing Guards” shows that on a daily basis, one-third of the total undertrials in Rajasthan are not even produced before the magistrate due to shortage of police guards to escort them.

We point out that the system persists because no single functionary - police, lawyer, magistrate, and jailor - is held accountable for breaches in procedure and the burden and suffering of delay and dysfunction fall squarely on the accused. For those who say too much attention is given to his rights, we point out that if justice is not delivered in accordance with the rules of law, it can be, and is, manipulated to the benefit of the most powerful and to the lasting disadvantage of the victims of crime as much as to the accused.