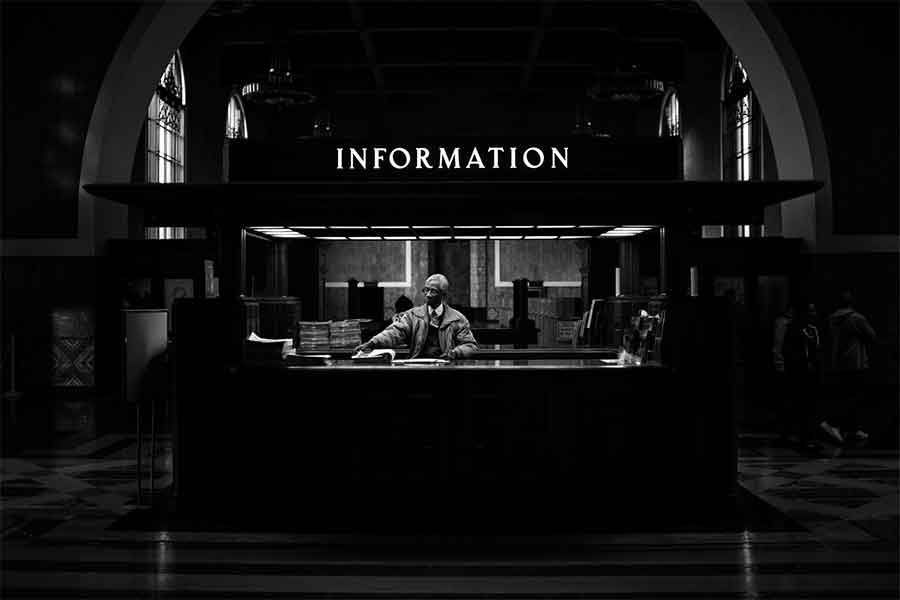 The government appointed Independent Freedom of Information Commission (FOI Commission) in the United Kingdom completed its inquiry and released its report on March 1st. Contrary to fears a state sanctioned body would water down public information legislation, it has instead recommended changes to the law and codes of practice to ease and improve the process by which people can access government records.

The UK enacted  its Freedom of Information Act (FOI Act) in 2000 and implemented it fully in 2005, a little before the Indian Right to Information Act went into effect. The then Prime Minister Mr. Tony Blair, whose government introduced the FOI Bill in the Parliament, berated himself over that decision in his memoirs calling himself an 'imbecile' and a 'nincompoop'. Such a candid criticism of one's decisions is a rarity among leaders of many developing countries in the Commonwealth, where most leaders have unhesitatingly applied the principle of "sovereign immunity" to themselves believing that "they can do no wrong".

That apart, the UK government's decision to set up the FOI Commission came in the wake of the 2015 decision of the country’s Supreme Court to allow public access to advocacy letters between Charles, the Prince of Wales and heir to the British throne, and various government departments, under the FOI Act, despite strong opposition from the state. The Guardian was the information requestor and later, the litigant in this case for the disclosure of the correspondence cryptically labelled- "black spider memos". The 10-year long battle to make Prince Charles’s letters public saw its share of victories and defeats. The Information Commissioner ruled against the Guardian but further appeals reversed the decision. While the prime minister and the attorney general vetoed the decision to disclose, in March 2015 the Supreme Court finally ruled in favour of disclosure holding that the attorney general did not have the power to veto the decision of the Appeals Tribunal. Amidst all these developments, the FOI Act was amended to further strengthen the protection available for the correspondence of the monarch and the royal family extending it to five years after the death of the concerned royal.

Interestingly, in India the judiciary was less enthusiastic about making public the communication between the President and the Prime Minister of India when, in 2002, Gujarat burned during the communal violence that followed the torching of the Sabarmati Express at Godhra. The Delhi High Court set aside the direction of the Central Information Commission to the Government of India to submit this correspondence. The RTI applicant was a certain Mr. C. Ramesh from Tamil Nadu. It is respectfully submitted that the Delhi High Court prevented the CIC from even examining the correspondence paying little regard to Section 23 of the RTI Act which ousts the jurisdiction of courts until the appeals mechanisms provided for by the Act are exhausted. It is further submitted, with due respect to the wisdom of the Court, that the ruling was based on an unacceptable interpretation of Article 74 of the Constitution which prevents any court from inquiring into the advice given by Ministers to the President of India (and not the other way round). But, back to the main issue- what did the UK’s FOI Commission say in its report?

After the UK Supreme Court's ruling the government set up an Independent Commission to review the FOI Act particularly in relation to the implementation of the exemptions to disclosure. The terms of reference were:

“The Commission will review the Freedom of Information Act 2000 to consider whether there is an appropriate public interest balance between transparency, accountability and the need for sensitive information to have robust protection, and whether the operation of the Act adequately recognises the need for a “safe space” for policy development and implementation and frank advice. The Commission may also consider the balance between the need to maintain public access to information, and the burden of the Act on public authorities, and whether change is needed to moderate that while maintaining public access to information.”

The review process attracted a lot of attention thanks to the media which stands foremost amongst users and supporters of the FOI Act in the UK. Civil society organisations, notably, the Campaign for Freedom of Information, Article XIX and the Commonwealth Human Right’s Initiative’s London office amongst others made submissions to this Commission. According to the Commission, it received more than 30,000 responses from individuals and organisations on their questionnaire (see page 5 of the report) in the course of its work.

1) Extension of time limits in complex cases: The current FOI Act permits the indefinite extension of a 20-working days time limit to reach a decision on an information request if it involves balancing an exemption that is applicable to the information sought by the requestor against one or more exemptions provided in the Act.

The FOI Commission recommended eliminating the extension clause to fix a time limit because civil society advocates presented evidence that showed the extension provision had been abused by public authorities. The Commission advised only 20 extra working days be permitted to make a decision thus stipulating a fixed window of 40-working days for the issue to be resolved.

3) Powers of the Information Commissioner to prosecute: The FOI Commission has recommended that provisions relating to the powers of the Information Commissioner to launch prosecution for destruction of official records that were targets of a request, be strengthened. Currently, the limitation period is six months within which complex FOI matters do not get resolved due to the multiple tiered appeals mechanism and the IC is simply unable to launch an investigation.

In India, "missing records" are a serious problem. This is increasingly being offered as an excuse against transparency. It is worth considering whether the Information Commissions in India should be empowered to launch prosecution in such cases. Currently, the law allows they can only direct an inquiry into missing records or ask for a First Information Report to be filed with the police for investigation.

4) Publishing FOI application and reply statistics: Concerned by the lack of adequate information about the implementation of the FOI Act across the public sector the FOI Commission has recommended that the Act be amended to require every department in the public sector that employs 100 staffers or more to regularly publish their statistics about receipt and disposal of information requests.

Section 25 of the Indian RTI Act makes such reporting by public authorities a statutory obligation. However compliance even in the Central Government is poor. The Department of Personnel and Training (DoPT), the nodal agency for implementing the RTI Act had not submitted its own RTI statistics to the CIC in 2013-14 (see page 174 of the Annual Report). Parliament must step in to investigate departments that do not submit RTI statistics to the CIC while re-examining their demand for grants every year. It has become compulsory for all ministries and departments to include a few paragraghs in their annual reports about action taken to implement the RTI Act.

This requirement is not mentioned in the Indian RTI Act either. Based on the recommendations of a Task Force, the DoPT had issued guidelines in 2013 to proactively disclose all RTIs and responses of public authorities on their websites. However, the Delhi High Court has stayed a decision of the CIC requiring a public sector bank to disclose all RTI applications and responses on its website. While the UK seems to be going ahead expanding the regime of transparency, doubts are being raised in the Indian context. Unfortunately, the principle- "open to one - open to all" has not taken deep roots in India.

6) Disclose benefits in cash and kind given to senior officers: The FOI Commission has asked for greater transparency in benefits, cash and gifts received by senior public executives and officers.

In India, public authorities routinely deny access to such information by citing a 2011 order of the Supreme Court of India to reject access to such information. Last year the Apex Court dismissed a petition seeking details of medical reimbursements (and not details of ailments) of judges of the Supreme Court citing reasons of privacy. However, the court has also agreed with the Attorney General of India that there are doubts whether the ordinary citizens have a fundamental right to privacy and has referred the matter to a Constitution Bench. It appears that privacy of the members of the judiciary receives immediate protection while that of ordinary citizens goes into protracted litigation. Is this in tune with equal protection of the law guaranteed by Article 14 of the Constitution? Time alone will tell.

This is a major problem in India despite the availability of several guidelines about how to do this. A sample-based country-wide study released in India by RAAG last year showed that 67% of the RTI applications are for information that ought to have been disclosed proactively. CIC's orders requiring the appointment of Transparency Officers in every public authority has not helped improve the situation at all. This is the finding of the CIC's own review committee set up last year. Clearly, the Information Commissions in India must be empowered to monitor public authorities on their compliance with proactive disclosure obligations and recommend adverse remarks to be entered into the Annual Performance Appraisal Reports of department heads of non-compliant public authorities.

In India the first appeals mechanism is faulty for many reasons. A large number of governments have not notified rules laying down the first appeals procedure. Even where such rules exist, the FAA usually agrees with the PIO on decisions to reject applications, thus making the system redundant. The RAAG study, mentioned above, also confirms this. Many activists have called for the abolition of the first appeal mechanism in India. However, it is probably better to include a system of disincentives for the FAA to perform better.

10) Dealing with 'vexatious' information requests: The FOI Act permits a public authority to refuse to respond to vexatious requests. The public authorities in the UK did not ask the FOI Commission to recommend amendments to permit them to reject a 'vexatious' request. Instead they said that labelling a request as such only increases their burden of having to respond to further correspondence on the subject. So the FOI Commission has recommended that a Code of Practice be developed by the Information Commissioner for handling such requests. Indeed, it is silly to use a guillotine to tackle something which can be better tackled with a pin.

Amending the RTI Act to permit rejection of 'vexatious and frivolous requests' is a major demand of public authorities in India as well. What is essential in the Indian context also is for the Government and the Information Commissions to develop codes of practice to guide public authorities to handle such requests in a bona fide manner instead of looking upon the RTI applicant as the worst criminal on earth.

Several Information Commissions in India face this problem. They must have the financial and staffing autonomy to hire quality staff to help dispose of appeals and complaints quickly and adequate funds must be provided to them directly as grants which can be subject to audit requirements at the end of the year.

There are several FOI Act specific recommendations in the Commission's report that deal with the exemption clauses which gave rise to this entire exercise. As they are not similar to the exemptions listed in the Indian RTI Act, I have not described them in detail here. I encourage readers to go through the attached report at their leisure.