Uganda's Elections - An Experiment in Democracy 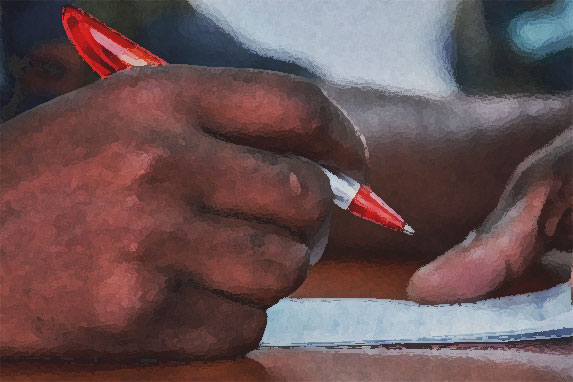 Uganda is a country with a troubled and violent past that has steadily stabilized under the rule of President Yoweri Museveni. In 1986 Museveni usurped a leadership he has successfully held for 30 years to date and has been generally uncontested thus far.   Today’s elections in the country mark Museveni’s attempt at a fifth term in power.

This election is by far one of the most interesting, as it is the first time that there are three serious contenders for the presidency - Museveni, Kizza Bezigye (Museveni’s former doctor) and Amama Mbabzi, who fell out with Museveni, quit the ruling party and announced his intention to run against his former boss. Previous elections in Uganda have been characterised by violence, intimidation, reprisals and manipulation.

Tensions are running high and there have been numerous reports of the same in the run up to the elections.   On Monday the opposition candidate Bezigya was arrested and detained while trying to organise a rally. He was later released but prevented from organising another one. In the course of the disturbance there was one reported death and others injured.

Violations by governmental authorities involving arbitrary arrest and detention, blocking peaceful rallies and protests, conflicts over rally schedules and routes, are all supported by laws passed by the National Resistance Movement, the ruling party.  The 2013 Public Order Management Act curtails freedoms of expression, association and assembly by granting the police wide and discretionary powers to prohibit public meetings.

The Non Governmental Organisations Act of 2015 established a National Bureau for NGO’s and provides broad powers to refuse to register an NGO or revoke the permit of the same.

Radio journalists, particularly those with a rural audience, are attacked and threatened, though print journalists in the capital Kampala enjoy limited freedom.  There are also threats of violence and acts of intimidation exercised against marginalised communities, including the country’s LGBT community who currently bear the brunt of the Prohibition of Promotion of Unnatural Sexual Practices Bill, a controversial law that still retains the concept of ‘promotion’.  This legislation makes it very difficult for rights groups and NGO’s working on sexual identity and gender rights to function, as their advocacy can be considered “promotion” and thus criminalised.  Criticism against the government is met with a severe backlash making it harder for journalists and civil society to express opinions.

This is a very brief insight into the restrictions in place that, unless removed or adapted to free up civil society space, does not and cannot lend itself to free and fair elections.

There are at least seven missions in Uganda currently observing the elections and consisting of short, medium and long term observers. One of these is the Commonwealth observer mission led by former Nigerian President, Olesegun Obosanjo. As a Commonwealth member state Uganda is morally obligated to uphold the Rule of Law and the principle of Democracy, Human Rights and Civil society as laid out in the 2013 Charter signed by all states party to the Commonwealth.  In addition to the information above regarding curtailment of basic rights, there have been reports today (18th Feb 2016) of tear gas being fired at Makarere University where opposition supporters have gathered.  Clashes between police and supporters of Museveni’s opposition appear imminent. CHRI will be closely monitoring these events, and we hope the Commonwealth electoral mission will as well.