The Grave Need to Make Our Prisons Humane 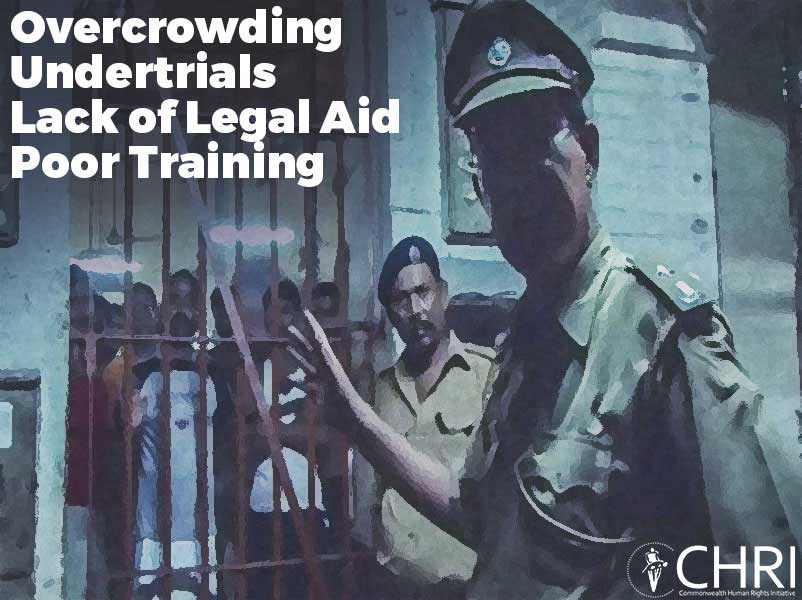 In 1984, a prisoner aggrieved of deplorable prison conditions at the Bangalore Central Jail sent a letter to the Supreme Court. Taking suo motu cognisance, the court in 1997 issued a number of directives in order to alleviate the pitfalls of the prison system in India.

Twenty years later, with no respite in sight, it has taken a letter from a former Chief Justice of India to bring prison reforms back to the centre stage. In its order pronounced on February 6, the court has not only taken cognizance of the overcrowded state of our prisons, but also taken note of multifarious other problems plaguing the system today.

Undoubtedly, the root of this severe prison overcrowding lies in the high percentage of undertrials (67.6 per cent) detained in prisons across India. Since 2001, our undertrial population has seen a rise of 21.94 per cent. Statistics also reveal that consistently, the period of detention for undertrial prisoners has gone up. It essentially means that people spend more time incarcerated before being released.

Indisputably, justice is elusive to the common man.  Stringent use of bail provisions, prolonged trials, vacancies in courts, increasing pendency of court cases, insensitive lawyers are reasons that lead to unnecessary infringement of liberty in a large number of cases. In this light, the court’s verdict institutionalising the setting up of the undertrial review committees (URC) in every district is not only a welcome step, but also brings hope to those ironically ‘presumed innocent’ who spend years behind bars awaiting trial. Undoubtedly, the URCs are an excellent inter-agency coordinating body that allows for relevant agencies to come together to assist the courts to ensure that there is no unjustiﬁable infringement of the right to liberty.

By directing the setting up of URCs throughout India, this order gives teeth to the numerous advisories and guidelines issued by the Ministry of Home Affairs in this regard since 2011. The verdict also breathes fresh air into the importance of effective legal aid in the country. With the responsibility to implement and monitor the workings of the URCs, the court has given power to the legal services authorities who until now worked more as back benchers rather than being at the forefront to realise its own motto of ‘access to justice for all’.

The court’s assertion that ‘legal aid to the poor must not be poor legal aid’ is also a very important aspect which needed to be prioritised. With the legal services authorities struggling to ensure quality of legal aid services rendered, this necessitates immediate attention and action. Even with National Legal Services Authority of India coming up with numerous regulations to ensure accountability, reality is far from perfect. Non-appearance on trial dates, asking for money from unaware clients, non-interaction with clients, non-information on status of cases are some of the many problems that negate the effectiveness of legal aid services.

While the interventions made by the court were much needed, yet one worries, is the court taking on a little too much in its wake. Prison management software, inadequacy and trainings of staff, prison oversight, update of prison manuals, deaths in prison, and repatriation of prisoners are all issues worthy of being dealt individually and comprehensively rather getting diluted in the expanse of one case. While the issues dealt with are of deep concern, at the same time, one cannot but be worried about the practicalities that get left behind when one tries to deal with too many issues in one go.

For instance, while the court directed the setting up of the URCs, the orders are silent on numerous practical aspects which will, in the long run, affect the efficacy of the URCs functioning. Ironically, while representatives from the judiciary, administration, legal services authority and police are made members of the URC, no representative from the prisons – which are the physical custodians of prisoners – is to be a member. Also, review is to be conducted only for cases which fall within the purview of section 436A of the Code of Criminal Procedure.

Implementation of this section has received much emphasis since 2010, with the advent of the ambitious Mission Mode Programme by the government. Unfortunately, statistics do not support the notion that there has been any reduction in the number of undertrials or in their period of detention in the last six years. On the contrary, the period of detention has gone up since 2010, with more undertrials spending at least 3-5 years in detention prior to their release.

Thus, reviews must be conducted of all undertrial cases, particularly of those persons who are eligible for statutory bail - due to delay in filing of chargesheet; are of unsound mind; are old and infirm; are eligible for plea bargaining; appear to be juveniles; trials have been delayed for more than two years; are detained under preventive detention laws; are not physically produced in court; wish to plead guilty etc. Unless the court rethinks this aspect, there will be no perceivable change to the overcrowding in our prisons with URCs conducting reviews only on 436A cases.

Certainly, steps have been taken in the right direction, yet one hopes that the court will deliberate in detail on each issue that it has touched upon and not merely offer a Midas touch, in order to transform our prison system and uphold our constitutional values. At this juncture, it would be apt to end with the observations made by the apex court in Ramamurthy:  “Let the dawning ray (of hope) see the end of gloom cast on the faces of majority of prisoners and let a new awakening percolate every prison wall. Let it be remembered that "where there is will, there is way". Will there is, way would be found.”

This piece originally appeared in the Deccan Herald