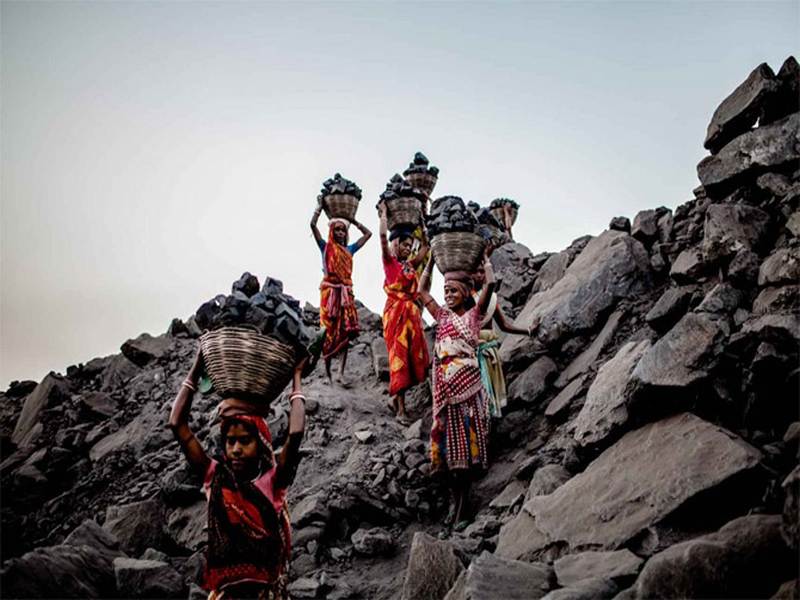 Recent media reports have highlighted a statement attributed to a serving senior bureaucrat in the Union Ministry of Coal about the inhibiting impact of the Central Information Commission (CIC) on the decision-making processes relating to development. According to these reports, the Secretary in charge of that Ministry is said to have made a comment on Facebook about the substantial contribution of 5 'Cs' namely, the Central Bureau of Investigation (CBI), the Central Vigilance Commission (CVC), the Comptroller & Accountant General (C&AG) and the Courts apart from the CIC, to the creation of an inhibiting environment for quick and effective decision-making that impacts development. It is not clear which Ministries and Departments he had in mind while making this comment. However, the performance of the Coal Ministry and the public sector enterprises under its jurisdiction vis-a-vis the implementation of The Right to Information Act, 2005 (RTI Act) is worth examining in this context. Preliminary findings from data gleaned from the Annual Reports of the CIC and the pendency data that it puts up on its website are given below.

Preliminary findings regarding the Coal Ministry and its PSUs

According to data published by the CIC in its Annual Reports, ordinarily, 13 public authorities are registered with it for the purpose of reporting statistics about information requests received and disposed under the RTI Act, every year. The prominent ones amongst them are the Ministry itself (stand alone), and major public sector undertakings (PSUs) such as Coal India Ltd. and Bharat Coking Coal Ltd. and those manning vast coal mining areas such as Central Coal Field Ltd., Eastern Coal Fields Ltd., Mahanadi Coal Fields Ltd., Northern Coal Field Ltd., Southeastern Coal Fields Ltd., Western Coal Fields Ltd. and Neyveli Lignite Corporation Ltd. which extracts lignite coal and also generates electricity. The RTI dataset collated from various CIC reports is in the attachment to this email. The RTI trends of these coal majors between 2005-2015 are as follows:

Comparative data for 2014-15 is not available because the Coal Ministry (stand alone) did not submit its annual report to the CIC. Unless data is placed in the  public domain about the number of RTI applications received and disposed of by the Coal Ministry, it is not possible to see a connect between the Hon'ble Coal Secretary's comments about the CIC and its impact on decision making in the Coal Ministry.

Further, the Coal PSUs' rejection rate is much lower compared to that of the Ministry (stand alone) as will be shown below.

3. According to data available on the CIC's website, the Coal Ministry (stand alone) had 63 appeal/complaint cases pending before the CIC as on 06/04/2016. In comparison, the Ministry of Health and Family Welfare had 273 cases, the Ministry of Power, 140 cases, the Prime Minister's Office 375 cases, the Supreme Court, 217 cases, and the Ministry of Human Resource Development a whopping 1,536 cases pending before the CIC. So the burden on the Coal Ministry (standalone) is not as high as it is in relation to other public authorities that come under the rubric "economic development"-related Ministries.

4. Amongst the Coal PSUs named above, Southeastern Coal Fields Ltd. (SECL) has always received the most number of RTI applications. In 2014-15, SECL handled more than 3,500 RTI applications through 17 Central Public Information Officers (CPIOs). Interestingly, the proportion of rejection by SECL was as low as 1%. SECL's rejection rate has fallen to this low from 15% in 2005 when it started implementing the RTI Act. This indicates progress made by SECL to reject fewer RTI applications. Of course this is not an indicator of the levels of satisfaction RTI applicants have with the information they received. Past experience shows that the number of first and second appeals against several public authorities are often higher than the proportion of rejection reported by a public authority. See CHRI's RTI Rapid Study Report 3.0 for a discussion on this subject (pages 29-32).

5. The highest proportion of rejection amongst Coal PSUs in 2014-15 was reported by Northern Coal Field Ltd. - 19.30% of the 1,153 RTI applications handled in that year. Even here the proportion of rejection has fallen considerably from 23.20% in 2013-14. It is necessary to study why the rejection rates vary so much between Coal majors. Are the categories of information requested so different that the rejection rates cannot be compared or is this an indicator of the skewed implementation of the RTI Act ins some coal majors?

6. Central Coal Fields Ltd. has not rejected any of the RTI applications since 2011 despite dealing with between 500-600 requests every year.

8. Overall, the Coal Ministry along with its 13 PSUs dealt with almost 11,500 RTI applications in 2014-15 (including the backlog from 2013-14). The overall proportion of rejection was 4.1% - well below the average rejection for the Union Government of 8.4% that we calculated a few weeks ago.

9. Overall, the coal majors invoked Section 8(1)(j) of the RTI Act most often to reject access to information for the years for which RTI statistics are available. 1.38% (895) of the RTI applications reported during the last 10 years across the Coal Ministry (combined) were rejected under Section 8(1)(j), namely personal information where disclosure was not in the public interest or would invade the individual's privacy. Only a miniscule number of 27 RTI applications were rejected under Section 8(1)(a) relating to economic and strategic interests of the State and only 137 requests were rejected by invoking Section 8(1)(d) of the Act relating to commercial confidence and intellectual property.

From the above analysis, it appears that the Hon'ble Coal Secretary's concerns do not seem to borne out- at least by the statistics supplied by his own Ministry (combined). If he was referring to the RTI trends in other Ministries, then he might like to come clean on the names of such Ministries which find the CIC's role a hindrance to economic development and also demonstrate that point through facts, figures and illustrative cases. Anything less will be treated as mere kite-flying aimed at building adverse opinion against the RTI Act which has served Indian democracy well. Parliament crafted the exemptions regime in the RTI Act based on international best practice to avoid excessive secrecy. India's RTI law is adjudged the 3rd best in the world by international experts. So, neither the law nor its creation- the CIC can be accused of compelling the disclosure of information that ought to be kept confidential for protecting a legitimate public interest.

Recognising RTI's contribution to the deepening of democracy, the Hon'ble Prime Minister said on 16th October, 2015, that merely seeking copies of official documents through RTI was not enough. Citizens must have the right to demand accountability by asking questions of public authorities (perhaps a "6th C"), he is reported to have said. Perhaps the Coal Secretary was too busy to familiarise himself with the Hon'ble PM's speech delivered at the inaugural session of the 10th Annual RTI Convention organised by the CIC. The Hon'ble PM's intention seems to have been to supplement the "5 Cs" with "2 Gs", namely, "good governance whose hallmarks are transparency, accountability, responsible, responsive and just governance. Good governance is not possible in the absence of checks and balances and regulatory frameworks of the "5 Cs" kind. The "5 Cs" were put in place because the system has a tendency to become corrupt and they act as checks on the abuse of power and authority. Without such a framework, the rule of law and proper use of discretionary authority cannot be guaranteed.

Please circulate this email widely. Friends in the media may kindly note that this email is not being shared exclusively with anybody. Please make use of this material as you deem appropriate in your work.

In order to access our previous email alerts on RTI and related issues please click on: www.humanrightsinitiative.org/blog. If you do not wish to receive these email alerts please send an email to this address indicating your refusal.