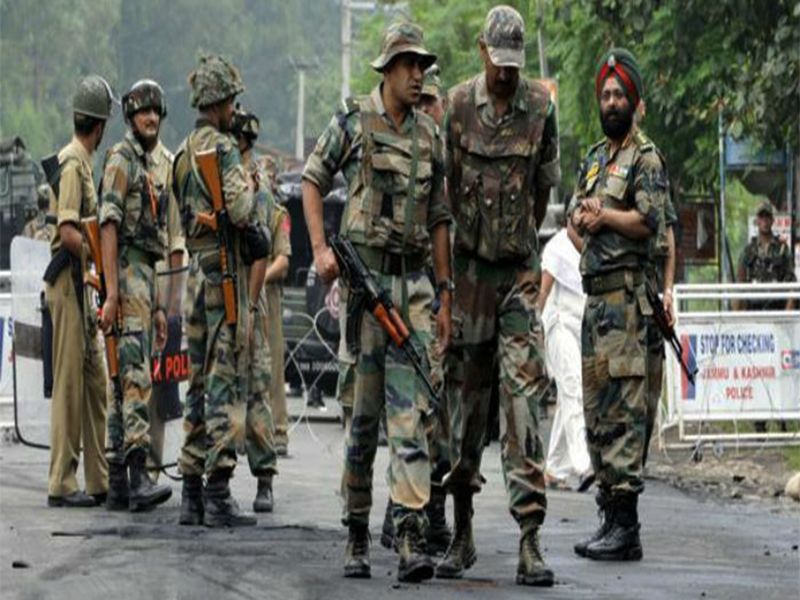 The Union Ministry of Home Affairs (MHA) has rejected my information request for details of the Standard Operating Procedure (SOPs) intended for use, by security forces, in areas where militant groups are active and use civilians as 'human shields'.

While the Central Public Information Officer (CPIO) did not bother to send any reply, the First Appellate Authority (FAA) of the MHA has rejected my first appeal invoking security and strategic interests of the State as grounds for refusing disclosure (all RTI docs are in the 1st attachment).

Readers may remember the video of a youth tied to a pilot vehicle being driven around by security forces engaged in counter-insurgency operations in Budgam, Jammu and Kashmir (J&K). This incident occurred in the poll-bound Lok Sabha constituency of Srinagar. This video went viral in April, 2017 and soon after the Indian Army reportedly ordered a Court of Inquiry into the incident.

The findings of the Court of Inquiry are yet to be made public. A few weeks later, the officer responsible for this incident received a commendation for his performance in counter-insurgency operations, from the Chief of the Indian Army.

After this video went viral, opinion was divided about the legitimacy of the action of security forces using a civilian as a 'human shield'. While those supportive of this action argued that it saved the lives of security forces who frequently faced stone-pelting mobs, since July, 2016, others, more critical of the action, roundly condemned it as yet another instance of highhandedness of the armed forces.

In July, acting on the complaint of the victim, the J&K State Human Rights Commission directed the Government to pay Rs. 10 lakhs as compensation, unequivocally describing what several others called a "life-saving strategy", "humiliation, physical and psychological torture and wrongful confinement" of the victim which the law does not permit even for a convict (person found guilty of any crime by a competent court).

More recently, the media has reported on the unwillingness of some unnamed officers of the security forces to follow such coercive measures. Instead they have expressed the desire to build better relations with local residents in conflict-affected areas.

GOI apparently has SOPs on the use of 'human shields'

It is not as if the Government had no policy on the issue of 'human shields' in militancy-affected areas. Almost four years before the Budgam incident occurred, an MP had raised a query about the alleged "use of civilians as shields" by left wing militant groups in other parts of India. In May 2013, Mr. P. Kumar, AIADMK MP from Trichy constituency in Tamil Nadu raised the following queries in the Lok Sabha:

a) whether there are reports that innocent civilians have been killed during anti-naxal operations;

b) if so, the details of such cases reported during the last three-years and current year, State-wise;

c) whether it is true that many villagers in this country have complained that the naxals were using them as human shields; and

d) if so, the details thereof and the reaction of the Government thereto?"

The then Union Minister of State for Home Affairs provided some statistics in response to these queries. He also made an important revelation about the existence of a draft SOP on 'Maoists using villagers as human shields' which was circulated for comments, to the armed forces and States affected by left wing militancy (see pages 2-3 of the 1st attachment).

The RTI Intervention for SOPs on 'human shields'

Stumbling upon this parliamentary query and reply, less than two weeks after the J&K video surfaced, I submitted a request under the Right to Information Act, 2005 (RTI Act) to the MHA seeking the following information:

"Apropos of the web printout of the reply to the Unstarred Question #6497 presented in the 15th Lok Sabha on 07/05/2013 annexed to this RTI application, I would like to obtain the following information from your public authority:

a)    A clear photocopy of the instructions issued to all State Governments/CAPFs to adhere to the highest standards of human rights during anti-LWE operations, mentioned in the last para of the reply to paras #(c) and (d) of the said Unstarred Question;

b)    A clear photocopy of the Standard Operating Procedure (SOP) on ‘Maoists using villagers as human shields’ circulated to the Governments of LWE affected States and the CAPFs for consideration and comments;

c)    A clear photocopy of all comments received till date in relation to the SOP mentioned in para #(b) of this RTI application;

d)    A clear photocopy of the latest version of the SOP relating to the use of civilians as human shields issued by the Central Government, if any; and

A clear photocopy of the latest version of the SOP relating to the use of civilians as human shields by militant groups issued by the Central Government in the States of Arunachal Pradesh, Manipur, Nagaland, Meghalaya and Jammu and Kashmir." (pages 1-3 of the attachment)

The CPIO, MHA did not bother to send any reply. After waiting for almost two months, I submitted a first appeal to the FAA of the MHA demanding disclosure of all the requested information, free of charge (pages 4-7 of the attachment). The FAA has rejected the appeal summarily stating (page 8 of the 1st attachment):

"I have examined your first appeal and found that the information/documents, sought in your RTI application dated 19.04.2017, are secret in nature and disclosure of such documents would prejudicially affect the security and strategic interests of the State. Therefore the desired information/documents cannot be provided as per Section 8(1)(a) of the RTI Act, 2005." [emphasis supplied]

So it is clear that an SOP to guide security forces for handling situations where militant groups use 'human shields', exists. The MHA does not want to disclose it. I will submit a second appeal to the Central Information Commission, shortly.

SOPs relating to 'human shields' must be made public

To the best of my knowledge there has hardly been any discussion in the public domain about the Government's own policy of dealing with 'human shields'. The following para from the 2013 reply of the Union Home Minister must be taken note of:

"The Central Armed Police Forces (CAPFs) have sensitised their field formations to take utmost care to avoid casualties/injuries and any form of harassment  of locals while undertaking anti-naxal operations even when they are used as human shields by the Maoists.... The Government of India has issued instructions to all State Governments/CAPFs to adhere to the highest standards of human rights during anti-LWE operations and to strictly deal with aberrations..." [emphasis supplied]

This policy clearly applies to States affected by left-wing militancy. It is not clear whether similar instructions and the related SOPs apply to security personnel deployed in J&K as well. If the Government's policy is to adhere to the strictest standards of human rights despite any provocation and avoid any form of harassment of locals even when they are used as "human shields" in other States, how can the use of a civilian in J&K as a 'human shield' by security forces themselves be reconciled with this policy?

Or is this policy of strict adherence to human rights standards by security forces not applicable to J&K due to its special constitutional status (under Article 370)? Or has the National Democratic Alliance changed Government policy vis-a-vis 'human shields' instituted under the previous United Progressive Alliance regime?

If SOPs regarding the use of 'human shields' are placed in the public domain, victims will be able to demand accountability from the State when the SOPs are transgressed. Transparency will also facilitate a fuller- debate on the use of 'human shields' by any agency, be it State forces or non-State actors. It can be a big confidence building measure in areas like J&K.

In fact, during a recent visit to J&K, I discovered that there was very little knowledge about the "Do's and Donts" issued by the Indian Army for its personnel operating in areas covered by the Armed Forces (Special Powers) Act, 1958. These guidelines received the Supreme Court's approval when it decided the matter of Naga People's Movement for Human Rights vs Union of India. (NPMHR) A 3-Judge Bench of the Apex Court upheld the constitutionality of this law applied to States such as Arunachal Pradesh, Assam, Nagaland, Manipur and Meghalaya (and Tripura until May 2015) and recognised these "Do's and Don'ts" as safeguards against the arbitrary use of power by security forces while acting in aid of civilian authority.

These "Dos and Dont's" were drawn up by the Indian Army itself and presented before the Apex Court in more than one case involving the arbitrary use of power by security forces. The Apex Court only accorded its stamp of approval to these guidelines.

In 2012, in response to my earlier RTI intervention, the MHA admitted that their Kashmir Desk had not issued any "Do's and Dont's" or any instructions or guidelines to the security forces operating in the "disturbed areas" in J&K declared as such under The Armed Forces (Jammu and Kashmir) Special Powers Act 1990 (see 2nd attachment). The FAA, MHA pointed out that this matter fell in the domain of the State Government but refused to transfer the RTI matter to J&K as the Central RTI Act does not apply to the State.

The Indian Army which was also involved in this case, supplied a copy of the "Do's and Dont's" issued under the 1958 AFSPA law after their FAA issued a direction (see 3rd attachment; page 3 was missing from the documents supplied by the Indian Army). With the help of a young law student who interned with us, we compared the "Do's and Don'ts" listed in the NPMHR judgement with the version supplied by the Indian Army (see 4th attachment). Despite a few discrepancies, there was a clear match between the overall spirit and instructions contained in the two documents.

Three of the 10 commandments issued by the Chief of Army Staff under the 1958 AFSPA are an eye opener to all who openly applaud or tacitly support the use of the civilian as a 'human shield' in J&K, in April this year:

"1.  Remember that the people you are dealing with, are your own countrymen. All your conduct must be dictated by this one significant consideration.

2. Operations must be people friendly, using minimum force and avoiding collateral damage – restraint must be the key.

3. Be compassionate, help the people and win their hearts. Employ all resources under your command to improve their living conditions."

The Army's 'Do's and Dont's' as well as the COAS's Ten Commandments are described as "binding instructions" and any disregard of these instructions would entail suitable action under Army Act, 1950 (see page 4 of the 3rd attachment). Do these commandments apply to J&K? That is the billion rupee question.

It is high time all human rights and transparency advocators revisit this issue to ascertain whether the Government of India has issued any "Do's and Dont's" for security forces operating in areas covered by J&K AFSPA.

RTI advocators in J&K must also try to ascertain whether the J&K Government has issued any "Do's and Dont's" to security forces deployed in 'disturbed areas'. The twin RTI laws operational at the Centre and in J&K can be used for this purpose.