Government of India tells Parliament it does not monitor poor compliance 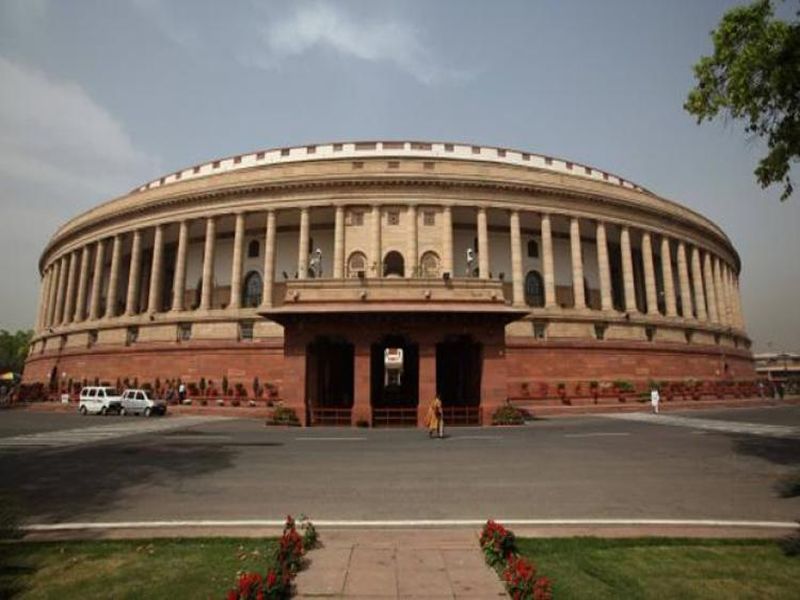 The Union Minister of State for Personnel, Public Grievances and Pensions has said in Parliament yesterday (29th March, 2017) that the Government has not put in place any mechanism to monitor compliance of ministries and departments with a June 2016 directive of the Cabinet Secretariat (Cab. Sectt.) requiring them to publish on their websites, the progress of work done and major achievements and events, every month

The Minister acknowledged the existence of such a transparency directive, while replying to a set of questions raised in the Lok Sabha by Ms. Ranjeet Ranjan, MP (Indian National Congress) representing Supaul constituency in Bihar and Mr. Rajesh Ranjan @ Pappu Yadav MP, (Rashtriya Janata Dal) representing Madhepura constituency in Bihar. The husband-and-wife duo had based their queries on news reports of a compliance study that CHRI undertook in October, 2016.

Readers will remember that the Cab. Sectt.'s directive was the result of litigation brought by CHRI before the Central Information Commission (CIC) for the proactive disclosure of the monthly reports of work done by every ministry and department that must be prepared and submitted to the Union Cabinet under Rule 10 of the Rules of Procedure in Regard to Proceedings of the Cabinet, 1987.  Based on the April 2016 recommendation of the CIC, the Cab. Sectt. issued the transparency directive to all ministries and departments.

In October, 2016, four months after the Cabinet Secretariat issued the transparency directive, we undertook a quick study of the status of compliance of Ministries and Departments. We found only three ministries and two departments fully complying with this requirement. The details of this initial study conducted in October, 2016 which occasioned the parliamentary query are available on our website.

Latest compliance survey of websites of GoI Ministries and Departments

In anticipation of the Central Govt.'s reply to the latest parliamentary query, we surveyed the official websites of 104 ministries and departments under the Government of India, again, to ascertain the current status of compliance with the Cab. Sectt.'s transparency directive. We looked for monthly reports of work done for the period June 2016 - February 2017. Our findings are given below. The dataset compiled during the website survey is in the 2nd attachment.

Need for establishing a mechanism to monitor compliance

The Union Minister of State for Personnel, Public Grievances and Pensions said in his reply to the recent parliamentary query that the Central Government had not commissioned CHRI to do a compliance study vis-a-vis the Cab. Sectt.'s transparency directive. Indeed, this is true. CHRI's twin studies are a civil society initiative aimed at presenting evidence-based research to the Government for ensuring compliance of its own ministries and departments with its own directives. This becomes necessary, when the Government fails to set up a mechanism to monitor the implementation of its own directives.

Except the Coal Ministry, other ministries and departments that are compliant with the Cab. Sectt.s' transparency directive seem to be specially preparing these monthly reports for publication, instead of uploading the reports they are required to send to the Union Cabinet. This is an unnecessary and clearly avoidable burden on them.

Monthly progress reports submitted to the Union Cabinet contain two parts- one, classified, as it may contain sensitive information and the other part- unclassified. The Cab. Sectt. must issue a clarificatory directive to all ministries and departments stating that all unclassified portions of the monthly summaries that they submit to the Cabinet must be uploaded on the websites in the same format every month. The classified portions of the monthly summaries which attract the exemptions listed in The Right to Information Act, 2005 may be withheld from publication but a detailed explanation must be provided as to which section of the classified report is being withheld under which exemption clause and why.

A simply monitoring mechanism may be put in place by requiring every ministry and department to certify to the Cab. Sectt. at the time of submission of monthly reports, that they have uploaded the unclassified portions on their website and which classified portions of the report are being withheld for which reasons permissible under the RTI Act and why. This certification and explanation may be submitted along with the monthly report to the Cabinet Sectt. The Cab. Sectt., being the coordinating body between all ministries and departments, must ensure that they comply with its transparency directive. Non-compliance means scant respect for the rule of law by the ministries and departments whose primary duty is to uphold the law of the land and the public interest. Transparency is a non-negotiable in the age of RTI.

Compliance with the Cab. Sectts.' transparency directive is imperative because it gives effect to Section 25(1)(c) of the RTI Act which requires the Central Government to ensure that all public authorities under its jurisdiction disseminate accurate information about their activities in a timely manner.

I hope RTI users and advocates who read this email alert will write to the Cab. Sectt. to establish a mechanism to monitor compliance with its transparency directive in all ministries and departments.

(The author thanks Ms. Dhriti Mehta of I.P. College for Women who interned with CHRI and Ms. Sneha Chandna, Research Assistant, CHRI for all assistance provided in compiling this data.)