Gender Inequality in the UK Police Force: A Need for Departmental Diversity 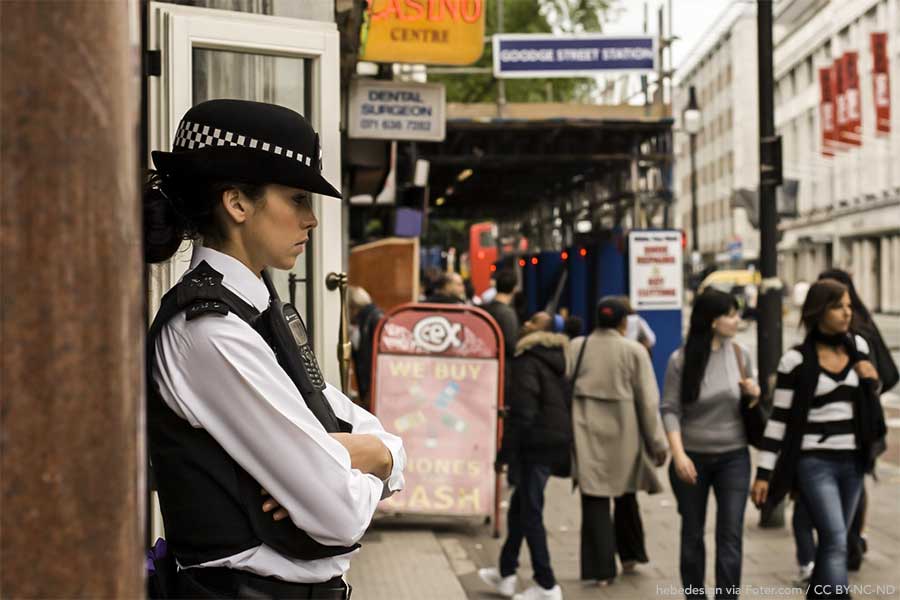 As part of our commitment to the practical realisation of human rights across the Commonwealth, a major focus of CHRI is police reform. In recent months we have looked at the diversity and equality within police forces across the Commonwealth, most notably, equality between men and women. This has resulted in a series of publications entitled ‘Rough Roads to Equality’ which focus on status of women in policing in South Asia, followed by in depth reports on Bangladesh and Meghalaya. These reports have been used in advocacy work with  governments, police  departments  and  decision  makers.

The London office has started working to bring the 'Rough Roads to Equality' series to Europe, firstly to the UK. Whilst the UK is nominally commitment to diversity and equality in all aspects of government, gender inequality in the UK police is still in abundance. Our preliminary assessment has brought to light that in England and Wales women make up 28.2% of the workforce; but only 21% in ranks of chief inspector and above. Through FOI requests we found that in Scotland women number occupy only 19% of superintending ranks and above and in the Police Service of Northern Ireland that percentage dwindles to a mere 18.3%.

Women make up half of the UK population, but not even a third of UK police officers, and occupy less than a quarter of senior ranks within the forces. This is an inequality that many organisations including the British Association of Women Policing (BAWP) have highlighted repeatedly. BAWP have been working hard for the past 15 years through a series of ‘Gender Agenda’s looking at the lived experiences of female police officers. These institutions and individuals have concluded that this gender split between men and women in UK police forces is complex. Under the obvious story of men commanding most of the senior ranks, there is also the issue of which departments women are pushed or pulled into, how this affects their career pathway, and importantly, how this affects the way the public views and interacts with their police forces.

Women who make up almost 30% of the police force in England and Wales, but are highly concentrated in areas relating to sexual violence, domestic abuse. There are strong inequalities in specialised departments such as Criminal Investigations Departments (CID), firearms units, diplomatic protection units, traffic, economic crimes unit, SOCA, and more.

This is where the London-based CHRI research will focus. We want to get access to the information of how many women are in each specialised department, and why there is such extensive variation. Whether it is certain professions facilitating the needs of women’s lived experiences better than others, or structural barriers that stop women from entering male-dominated departments.

This is exciting research we’re undertaking, and we’re learning something new every day.  Watch this space for more.