Gaiety in the Commonwealth? By Jill Cottrell Ghai and Yash Ghai 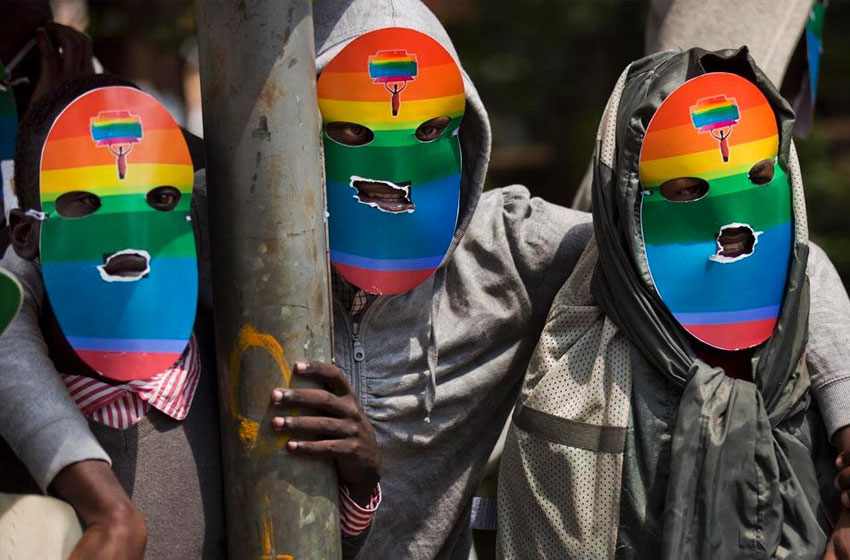 It is not easy being gay or lesbian in many countries, formerly British colonies, as in the middle of the nineteenth century Britain imposed on them Victorian attitudes to sex, particularly against homosexuality, through law. An example of that law is section 377 of the Indian Penal Code (upheld in a recent, retrograde decision of the Indian Supreme Court): “Whoever voluntarily has carnal intercourse against the order of nature with any man, woman or animal, shall be punished…” While this type of law has been abolished in some Commonwealth countries, including the UK, they persist in most of African and several Asian members.

A couple of recent positive developments are the decision by Mozambique to do away with old Portuguese colonial laws criminalising acts “against nature” and the Kenyan High Court decision about registering a group with “gay and lesbian” in its name. It is the latter we focus on.

The case came before three judges: Justices Mumbi Ngugi, Isaac Lenaola and G.V. Odunga (one woman and two men), who have all made other important human rights decisions. The petitioner had tried to register an organisation on several occasions, using slightly different names, but all using the words “gay and lesbian”. He challenged the decision of the Non-Governmental Organisations (NGO) Coordination Board to refuse registration, relying on Articles of the Constitution about privacy, equality and non-discrimination, human dignity and freedom of association.

The NGO Board argued that its regulations allow refusal if a name is “repugnant to or inconsistent with any law or is otherwise undesirable”. Apart from arguing that the gay community is not a vulnerable group recognised by the Constitution, it said that the prohibition on discrimination on the basis of “sex” does not include “sexual orientation”; that the right to associate can be limited if the association limits rights of other citizens and that all that was refused was registration of an association perpetuating “an illegality”; that because homosexuality is “learned behaviour” the petitioners cannot claim any “special rights” not available for other people, and that natural law dictates that sexual relations for the purpose of human procreation are to be protected; that to register the organisation would give the impression that gays were allowed to promote homosexual practices contrary to “legal, religious and social tenets of Kenyan society”. It argued that the petitioner can advocate for the rights of the gay community by means other than registering an NGO, and that anyway the proposed NGO lacks the public interest and charitable purpose necessary for registration. It relies on the invocation of God in the Constitution’s preamble.

The High Court had little time for this spurious set of arguments. The Board also relied on the fact that the Constitution is drafted to give a right to marry but only to persons of the opposite sex, and that the International Covenant on Civil and Political Rights (ICCPR) has been held not to recognise gay marriage (Joslin v New Zealand UN Human Rights Committee Communication No. 902/1999, U.N. Doc. A/57/40 at 214 (2002) available at http://www1.umn.edu/humanrts/undocs/902-1999.html). And they cited the African Charter of Human and Peoples Rights stressing the need for regard to morality (Article 27), and the duty of the State to promote “morals and traditional values recognised by the community” (Article 17(3)), while “…every individual has the duty to preserve and strengthen positive African Cultural Values and to contribute to the moral well-being of society” (Article 29(7)).

According to the Court, the Board predicted dire consequences from legitimisation of a “homosexual lifestyle”, and invoked both Bible and Qu’ran.

The Court said that the case was not about marriage or morals. The focus of its decision was on the freedom of association and the right to equality under the Constitution. On the first, the Court said,

88. As we understand the Board’s position to be, it does not accept the names that the petitioner proposed for registration of his organisation because the name(s) represents groups whose interests the Board takes the view should not be accorded the right to associate on the same level as others. However, in a representative democracy, and by the very act of adopting and accepting the Constitution, the State is restricted from determining which convictions and moral judgments are tolerable. The Constitution and the right to associate are not selective. The right to associate is a right that is guaranteed to, and applies, to everyone. As submitted by the petitioner, it does not matter if the views of certain groups or related associations are unpopular or unacceptable to certain persons outside those groups or members of other groups. If only people with views that are popular are allowed to associate with others, then the room within which to have a rich dialogue and disagree with government and others in society would be thereby limited.

And the Court turned to the South African Constitutional Court decision in National Coalition for Gay and Lesbian Equality v Minister of Justice ([1998] ZACC 15; 1999 (1) SA 6; 1998 (12) BCLR 1517), about the constitutionality of the offence of sodomy for the following:

91. The Court concluded that while the Constitution recognises the right of persons who, for reasons of religious or other belief, disagree with or condemn homosexual conduct to hold and articulate such beliefs, it does not permit the state to

“…turn these beliefs - even in moderate or gentle versions - into dogma imposed on the whole of society. “

The Kenyan Court added, “It cannot also be proper, as the Board suggests, to limit the right to freedom of association on the basis of popular opinion.”

The freedom of association had been violated, and the Court held that there was no justification for any limit on the freedom that satisfied Article 24 of the Constitution (that sets out an elaborate proportionality requirement). The Penal Code penalises certain types of sexual behaviour, and if there was any reason to suppose that violation of that law occurred, there can be a prosecution. But the court, quite rightly, observed that the Penal Code does not penalise sexual orientation as such. So a ban on an association of homosexual people was not necessary to avert any criminal activities.

The Board and the Attorney General rely on their moral convictions and what they postulate to be the moral convictions of most Kenyans. They also rely on verses from the Bible, the Qu’ran and various studies which they submit have been undertaken regarding homosexuality. We must emphasise, however, that no matter how strongly held moral and religious beliefs may be, they cannot be a basis for limiting rights: they are not laws as contemplated by the Constitution.

This is perhaps a little unfair: Article 24 does indeed say that limitations must be by law. But the respondents were arguing that there was law: the Regulations that allowed refusal of registration because the name was “undesirable”. The supporters of limitation of rights must show that the limitation was justifiable in a democratic society – in other words that the purpose was constitutionally valid. If the respondents really were arguing that the Bible and the Qu’ran are law, they were wrong. But arguing that rights may be legally limited in order to protect moral standards, is a rather different matter.

The Court went on to deal with this issue also:

The state has to act within the confines of what the law allows, and cannot rely on religious texts or its views of what the moral and religious convictions of Kenyans are to justify the limitation of a right. The Attorney General and the Board may or may not be right about the moral and religious views of Kenyans, but our Constitution does not recognise limitation of rights on these grounds. The Constitution is to protect those with unpopular views, minorities and rights that attach to human beings – regardless of a majority’s views. The work of a Court, especially a Court exercising constitutional jurisdiction with regard to the Bill of Rights, is to uphold the Constitution, not popular views or the views of a majority.

An important clarification of the Bill of Rights relates to discrimination. The Court said:

132. In relation to Article 27(4), whilst it does not explicitly state that sexual orientation is a prohibited ground of discrimination, it prohibits discrimination both directly and indirectly against any person on any ground. The grounds that are listed are not exhaustive – this is evident from the use of “including” which is defined in Article 259(4)(b) of the Constitution as meaning “includes, but is not limited to”.

And later it said:

It is not for the Board to only register NGOs whose names are in harmony with the personal views and convictions of its officials regarding gay and lesbian people. By refusing to register the proposed NGO because it objects to the name chosen for it, or because it considers that the group whose interests the proposed NGO seeks to advocate is not morally acceptable in Kenyan society, then it has arrogated to itself, contrary to the Constitution, the power to determine which person or persons are worthy of constitutional protection, and whose rights are guaranteed under the Constitution.

Drawing on other provisions of the Constitution it added:

An interpretation of non-discrimination which excludes people based on their sexual orientation would be in conflict with the principles of human dignity, inclusiveness, equality, human rights and non-discrimination.

A final, nice touch was the observations of the Court about the name:

There is a whiff of sophistry in the recommendation by the respondent that the petitioner registers his organisation, but by another name. What this recommendation suggests is that the petitioner can register an organisation and call it say, the Cattle Dip Promotion Society, but carry out the objects of promoting the interests of the LGBTIQ community, which suggests that what the Board wants to avoid is a recognition of the existence of the LGBTIQ groups.

This is brave decision. The Court was fully aware that its decision might not be popular with certain sections of Kenyan society—and so it turned out. But it has also encouraged the LGBTIQ (lesbian, gay, bisexual, transgender, intersex and questioning) communities to lobby for their case publicly.

It is important to note what the case is not, as the Court said; it is not about whether it is constitutional to criminalise same-sex sexual activity. And it is most certainly not about gay marriage. But for an agency of the State to declare so emphatically that gay people are fully entitled to the protection of the Constitution is an important development, encouraging the gay community and underlining an important aspect of the Constitution. And for other Commonwealth States still caught up in nineteenth century prejudices to ponder over.