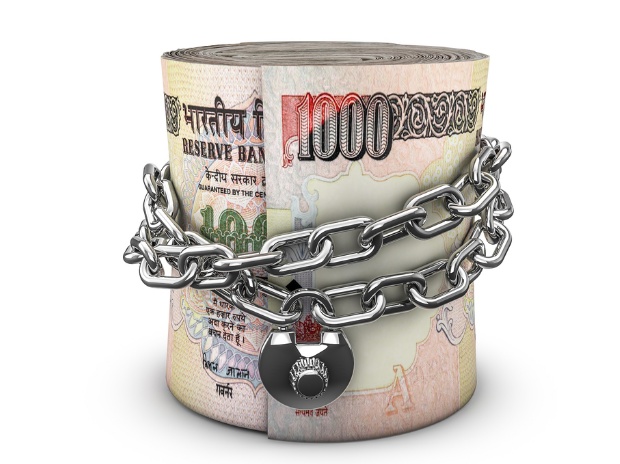 The dust has not yet settled on the demonetisation drive though more than 75 days have lapsed since the Government announced the pathbreaking 'notebandi' decision in November, 2016. People continue to queue up before banks and ATMs for that elusive trickle of cash, though media reports say the queues are growing shorter. People's hardship in rural areas are rarely getting much attention in the national media as most cameras and eyes are focused on bulls and how they are or must be treated. Thankfully, there is some gender balance now because more attention was showered on cows during the last couple of years. That is some progress!

International financial institutions and rating agencies are downgrading the economy's growth forecast. In between there was some clamour for transparency of the transactions of political parties. The Hon'ble Prime Minister seized the initiative and called upon the Bharatiya Janata Party (BJP) to lead by example and spoke in favour of revitalising the public debate on electoral reforms, especially political party funding. Other political parties' response is lukewarm to say the least. Nor has the BJP, the leading partner in the ruling National Democratic Alliance done much to  follow-up on this issue. Perhaps the budget session of Parliament, likely to begin in a couple of weeks, may witness some noise, if not resolute action on this subject.

Meanwhile, one issue that people discussed hotly while queuing up to exchange their demoentised notes for the newly minted ones was how did political parties go about this job with their own demonetised currency notes. None of the treasurers of the national or State level political parties seem to have stood in queues like the "little man" (the one who goes to the voting booth every five years to select the next government). The lone exception was the Vice President of a prominent political party and that turned out to be a one time media stunt.

So did or did not these political parties have any cash-in-hand at all prior to the demonetisation?

Cash-in-hand disclosures of political parties for 2015-16

While none of the political parties have so far volunteered detailed information about how they coped with the demonetisation-remonetisation drive, the audit reports for the financial year 2015-16 that some of them have submitted to the Election Commission of India (ECI) contain some clues about the amount of cash they may have had in hand. Thanks to the pro-transparency initiatives of the ECI the cash-in-hand declarations of 22 political parties are public (see tabulated data in the attachment. please click on the partty's name to open its audit report on the ECI website). Details submitted by 16 prominent political parties are analysed here.

These figures are from the end of the last financial year, namely as they stood on 31st March, 2016. The actual position vis-a-vis the cash-in-hand figures of these parties on 08 November, 2016 when the demonetisation decision was ammunced is not known. How much cash did they hold in denominations of Rs. 500 and Rs. 1,000 on that date is also not known. All these political parties have a duty to come clean on the amounts deposited in demonetised notes and the manner in which this was done. As they claim that all donations received were legitimate and from the general public, surely, there should be no qualms in clarifying how they dealt with the effect of demonetisation.

The ECI website displays the audited reports of the statement of income and expenditure of 22 national and State level political parties. According to the ECI, the deadline for submission for all parties was 30 October, 2016. The web page displaying these audit reports was last updated at the end of 2016 (31st December).

During the previous UPA regime and under the current NDA Government, the registration of several thousand NGOs receiving foreign funding was cancelled for not submitting their annual statements of income and expenditure. Some of these orders are accessible at:

However, several national and State political parties namely, the AAP, BJP, INC, NCP, Shiva Sena and SP are contesting elections in the five poll-bound States without any qualms about missing the deadline for submitting their audit reports to the ECI. Submission of these audit reports is a prerequisite for all political parties to claim exemption from paying income tax on their income every year. Yet, the Government does not seem to have initiated any action to revoke the IT-exemption for failing to submit audit reports as per the deadline.

Most political parties think because they are non-governmental organisations, they should not be covered by the Right to Information Act or the Lokpal and Lokaytuktas Act for the purpose of transparency and accountability. Moreover a handful of them connived quietly to amend the Foreign Contribution Regulation Act through the 2016 Finance Bill with retrospective effect, in order to legitimise their once illegal actions of taking foreign funding from the Indian subsidiaries of MNCs. But there is immense enthusiasm for imposing more and more regulations on NGOs to the point of their extinction.

Some of these parties declared miniscule amounts of money held in cash or in banks. Whether these figures are a true reflection of the cash handled by these parties is a big question. Let alone fight elections, how do they pay for the upkeep of the party bureaucracy with so little funds is a big mystery. Or, are as some political pundits have said, none of the political parties were adversely affected by notebandi because they had stowed away funds using other methods that are not easy to detect?

Surely, the rules of transparency and accountability must apply to political parties as well and not just government or foreign funded NGOs. If not the promise of equal treatment of every person before the law under Article 14 of the Constitution becomes a sad joke.

Today we celebrate the 41st anniversary of the Supreme Court's finding about the people's fundamental right to know. More than four decade ago, on 24th January, 1975, a five-member Constitution Bench of the Hon'ble Supreme Court ruled that the people's right to know was implied within the meaning and scope of the freedom of speech and expression guaranteed under Article 19(1)(a) of the Constitution [State of Uttar Pradesh vs Raj Narain & Ors., AIR 1975 SC 865]. While disposing a petition seeking disclosure of the contents of the "Blue Book" containing instructions for ensuring the security of the then Prime Minister, Ms. Indira Gandhi, Justice K K Mathew explained the important of the people's right to know in the following words:

"74. In a government of responsibility like ours, where all the agents of the public must be responsible for their conduct, there can but few secrets. The people of this country have a right to know every public act, everything, that is done in a public way, by their public functionaries. They are entitled to know the particulars of every public transaction in all its bearing. The right to know, which is derived from the concept of freedom of speech, though not absolute, is a factor which should make one wary, when secrecy is claimed for transactions which can, at any rate, have no repercussion on public security. To cover with veil secrecy the common routine business, is not in the interest of the public. Such secrecy can seldom be legitimately desired. It is generally desired for the purpose of parties and politics or personal self-interest or bureaucratic routine. The responsibility of officials to explain and to justify their acts is the chief safeguard against oppression and corruption." [emphasis added]

The Apex Court's opinion about transparency in public life can be extended to all public transactions including those involving political parties without losing the basic principle, namely, the people's right to know everything that is done in a public way. This includes the collection of and accounting for donations received by political parties. Will all political parties come clean about their financial affairs or will they continue to dish out bulls...t in the age of the cow and the bull, remains to be seen.

Facts cited here are reported in the public domain. Views are personal.