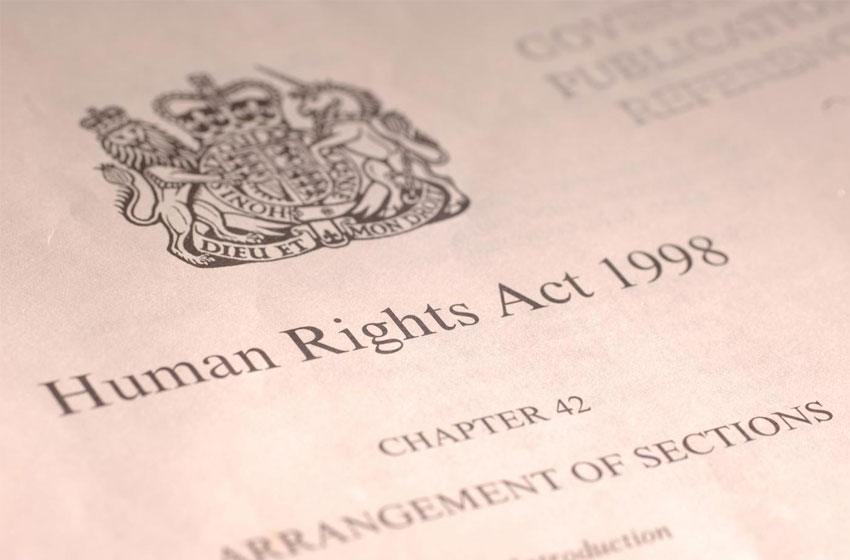 Unlike our counterparts in the US, the UK Constitution is not revered and its discussion is usually greeted by a huge, apathetic yawn. The few remaining defenders of the status quo of the UK's political structure traditionally opine that an unwritten constitution is wonderfully flexible and evolves to adapt to the political environment of the times. That is why we don’t get into a muddle with gun laws and school prayer like our transatlantic friends. However, as we all know, that is not entirely true and what's more, we are now in a right old structural mess.

The use of legislation to codify constitutional changes is well known in examples such as rights for individuals (Human Rights Act 1998 -'HRA'), and the various devolution laws pertaining to the present powers in Scotland, Wales, Northern Ireland and London. There have also been less highlighted changes to our structures of governance such as fixed term parliaments, the civil service in primary legislation, the Freedom of Information Act, and the establishment of the Supreme Court itself as a separate entity (which is definitely not a constitutional court, honest). All this and more (the EU) mean that the Westminster Parliament is no longer as powerful as it was 30 years ago and some want to take some power back, and the first target is... human rights.

Universal human rights are principles enshrined in international and domestic laws to ensure that people are treated fairly and are free from tyranny. One of the main reasons why the scope of human rights was extended beyond national borders is that the Second World War taught us that often governments themselves needed to be accountable to international standards. UK conservatism presently maligns the mission creep of the European Court of Human Rights into areas such as prisoners' voting rights. What is less understood is that the Human Rights Act's (HRA) strong hold over us is a reflection of long-standing imbalances in the unwritten Constitution rather than in a growth in the population and success of litigious, self-orientated, individuals from minority orientations and/or criminal backgrounds.

Put more plainly, there is a lack of checks and balances in the UK Constitution, most especially given the fusion of the legislature and executive in the government. This means that when the UK electorate returns a large majority government, such as under Thatcher and Blair, there are very few mechanisms that can inhibit law making and implementation by the majority party. It is not surprising that those two administrations embarked on some of the most unpopular and controversial policies of the last 50 years. When a majority is so large, parliament is far from being an effective form of scrutiny, and an elective dictatorship ensues.

In this scenario where there is a power imbalance, other mechanisms become more important such as the print media and the judiciary. Whatever your views are on judicial intervention, the need and nuanced ability of the Supreme Court to produce judgements such as Denbigh High School, A & Others, and Prolife Alliance and the Strasbourg Court in Pinnock, Al-Khawaja, and Al-Jedda were anchored purely in considering the principles of human rights and the practicality of their effect. There was no power-hungry grab by either body for the UK political arena.

Proponents of the abolition of the HRA, have two main gripes. First, they don't want people to go to court on every whim, and use human-rights-argued litigation to define every single aspect of the obligations of the state in detail. Second, they do not agree that an international tribunal such as Strasbourg should have any power over UK law. These are perfectly reasonable political standpoints, on the assumption of course, that they are not based on EU-xenophobia.

Gripe 1: Defining human rights to the nth degree is not a failing of human rights law per se. All laws need defining and clarification whether they involve a tax dispute, a house purchase, or the intellectual property of a multinational corporation. The problem is that legal culture and practice involves extracting detail, accuracy, consistency, fairness and universality from legislation. These have become very expensive qualities in human rights when the State is often on the wrong side and foots the bill. No one bats an eyelid when companies take each other to court at their own expenses to settle some minutely different interpretation of a corporate agreement. The legal discipline is of itself no different, but litigating a human right is more politically expensive than a commercial right.

Gripe 2: If there are to be codified civil, political and economic rights, they will have to be adjudicated upon by some body. There is no evidence to suggest that the UK Supreme Court would return judgements more favourable to the government, or in line with partisan perceptions of UK politics, than Strasbourg. This is because judges are independently appointed not elected, human rights are universally interpreted and their application should never be a domestic political football.

What cuts through both these gripes is that UK constitutionalism, emboldened by the HRA, has moved on to inherently resist potential lurches into ill-liberalism and untrammelled parliamentary sovereignty. The UK Supreme Court has exemplified this recently by increasingly justifying its decisions by deference to the common law rather than Strasbourg jurisprudence.

It is highly questionable whether the creation of a British Bill of Rights that redresses perceived failings of the HRA is more of a priority than: the West Lothian question and asymmetrical devolution; the composition of the House of Lords; transparency and fairness in political party funding; the legal status of royal prerogatives and conventions; press freedom; electoral voting and boundary reform; digital rights; and much, much more.

The UK does not have a Constitution but a system of primary legislation, conventions, common law and prerogatives that have the characteristics of constitutionalism. At a time when public confidence in perceived political classes is scarred by a decade including the expenses scandal, poor financial services regulation, cash for honours, phone-hacking, and the extent of spying at Government Communications Headquarters (GCHQ), can the UK continue to allow important and far-reaching constitutional changes to be adopted according to short-term partisan pragmatism?

There is a fantastic analogy to behold on structural weakness, with the current government deciding on how to repair the crumbling Palace of Westminster. Surely Britons also need a supra-partisan, supra-national, publicly-engaged forum on a British federal Constitution once the crucial debate on our level of participation in the EU is decided.