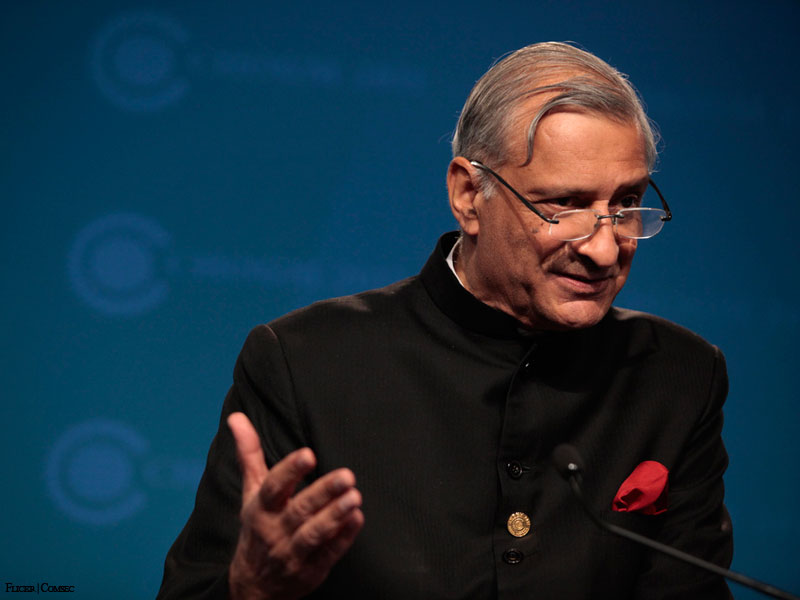 Do you see the Commonwealth’s work for human rights as contributing to the organisation’s standing as a global public good?

Most certainly, it makes an absolutely vital contribution. We are guided by the Commonwealth Charter, which affirms that human rights is one of the core values of the Commonwealth. Through the Charter, member states committed themselves to equality and respect for the protection and promotion of civil, political, economic, social and cultural rights, including the right to development for all without discrimination on any grounds as the foundations of peaceful, just and stable societies.

So, human rights goes to the heart of the Commonwealth identity, and the various organisations we have in our association—including the Secretariat at CHRI itself—respond by our advocacy and our practical efforts. And in all we do in human rights, we seek to achieve progress and positive impact for Commonwealth citizens and governments and the wider global community.

One distinctive feature of our Secretariat work on human rights is to build national capacities. Only these can sustainably advance the national rights protection and promotion agendas. Our Commonwealth Forum of National Human Rights Institutions works through the typical Commonwealth strength of mutual support towards higher national performance. A second contribution is in helping countries with their presentations and commitments on human rights at the Universal Periodic Review process in the United Nations Human Rights Council.

Some of our recent contributions include:

In regard to equality and non-discrimination I have used platforms such as my annual statements to the Human Rights Council and international commemorations to urge our member states to embrace the diversity of all people in the Commonwealth including lesbian, gay, bisexual, transgender and intersex persons.

Why have the values of the Commonwealth Charter proved difficult to uphold, and what impact do you believe it will have had by its 20th anniversary?

In the Commonwealth we set high standards for ourselves, and seek to set the bar progressively higher. It is important to recognise that values in the Charter are part of a continuing Commonwealth journey, dating back to the Singapore Declaration in 1971, the Harare Declaration in 1991, the Affirmation in 2009, and a series of other declarations over the years such as that on Latimer House Principles specifically. Each time, we have seen layer on layer of consolidation in what the Commonwealth stands for and the level of commitment. There is a demand that comes naturally every few decades to lift ourselves further in our values. For instance, the Charter in 2011 now includes gender equality and protecting the environment as core Commonwealth values, which was not the case in the past. That is progress in the form of an expanding field of commonly agreed values.

With so large and diverse a membership, at different points of their national history and national development journeys, we would not expect a uniform approach and uniform adherence at all times to all the values, of course. The Commonwealth way is to work with each other to build so that the adherence lifts for all over time. I expect in 20 years’ time to see an appetite by the people of the Commonwealth and their governments alike to review, enlarge and strengthen afresh adherence to the Charter.

The gains made by civil society in the 1980s and 1990s are being rolled back, and in some cases civil society organisations are being hounded, restricted, and targeted. Can the Commonwealth do more to counter this?

In troubled times and in periods of heightened security concerns, there can be a tendency to restrict freedoms. Safeguarding against this is an important part of our Commonwealth work one way that and we seek to achieve this by strengthening national human rights institutions.

We also need to look at ourselves internally and set a good precedent for civil society engagement. We are making good progress on this front, as was recognised by CHRI’s 2015 report on civil society and the Commonwealth. Recent highlights have included civil society input into the Committee of the Whole and the Foreign Ministers’ Meeting at the Commonwealth Heads of Government Meeting (CHOGM): these allowed for closer interaction between civil society and member governments. The Chair of the Foreign Ministers’ Roundtable (Foreign Minister George Vella of Malta) stated that it was the most interesting of the sessions that he attended during CHOGM. The People’s Forum at the CHOGMs are the most vibrant and participative occasions.

Representatives from Commonwealth organisations are now also welcomed as part of our official delegations to international conferences. So the Commonwealth is doing much more to ensure civil societies are included in engagement and dialogue.

Partnership with civil society is now part of the Secretariat’s Strategic Plan. The Commonwealth Foundation is a crucial body—set up by member government and supported financially by them—to ensure that the voice of civil society is taken into account in a participatory way.

The Maldives was under consideration in 2011 but only moved onto the formal agenda in 2015. Should there be shorter timelines to refer states to CMAG?

The decisions about what the Commonwealth Ministerial Action Group considers and how it considers these matter – including where a specific country situation sits on a meeting agenda – is for the CMAG Ministers. It is more important to focus on the results, and not be caught up in whether a country is on the agenda or not, or whether the agenda is formal or informal. My experience is that the CMAG members themselves are more interested in the result and in progress on those issues with which they are concerned.

The Commonwealth – and CMAG – have a knack of being timely. There is some guidance in the CMAG 2011 report adopted by Heads of Government about CMAG’s timeframes, but generally speaking, if a crisis situation arises requiring CMAG’s attention, then Ministers will find a way either to meet physically or to discuss the matter remotely. If a matter requires a longer term view, then the Ministers will reflect that accordingly in how they deal with the situation.

The online Commonwealth Connects service has not lived up to the hope that it would be a platform for fostering debates on rights and values. How would you like to see the service develop in the future?

The Commonwealth is committed to improving the lives of all its Commonwealth citizens, and to providing avenues for working together to help the larger family of Commonwealth organisations and its citizens in addressing the challenges of our times.

The Commonwealth Connects platform was created as an online collaboration tool, but it is up to bodies such as the Commonwealth Human Rights Initiative to make the most of this facility, and if they see value in fostering debates on a particular topic, then they can harness the expertise and ideas of this online community to do so.

Going forward, and indeed already underway, is a new era of the Commonwealth digitalisation in our online platforms for election management, education, health and climate change hosted through Commonwealth Connects. The Commonwealth Health Hub, for example, is one of the many online avenues the Commonwealth has developed to bring together policymakers, health professionals, regulatory bodies and key stakeholders in finding solutions to tackling some of the health and health policy issues we face in the Commonwealth.

What would your advice be to the Secretary-General Designate on promoting human rights in the Commonwealth, and how can she propel the organisation to another level of influence and newsworthiness?

Patricia Scotland has a long track record in this area which is why she won’t need any advice from me in regards to promoting human rights - I am sure she will do a tremendous job.

Promoting and protecting human rights in the Commonwealth is a challenging area of work - there is much road still to travel, but we also recognise that much road has already been travelled. We have to be resolute in advancing this. The Commonwealth family must remain optimistic and determined but also respectful of the views of our member states as we pursue, in partnership, a life of rights protection and dignity for each individual in the Commonwealth.

Dr. Dwayne Ryan Menezes, an expert on the Commonwealth, has written an exclusive evaluation of the organisation and the five Secretaries-General that led it for the past-half century. His full report can be found here.