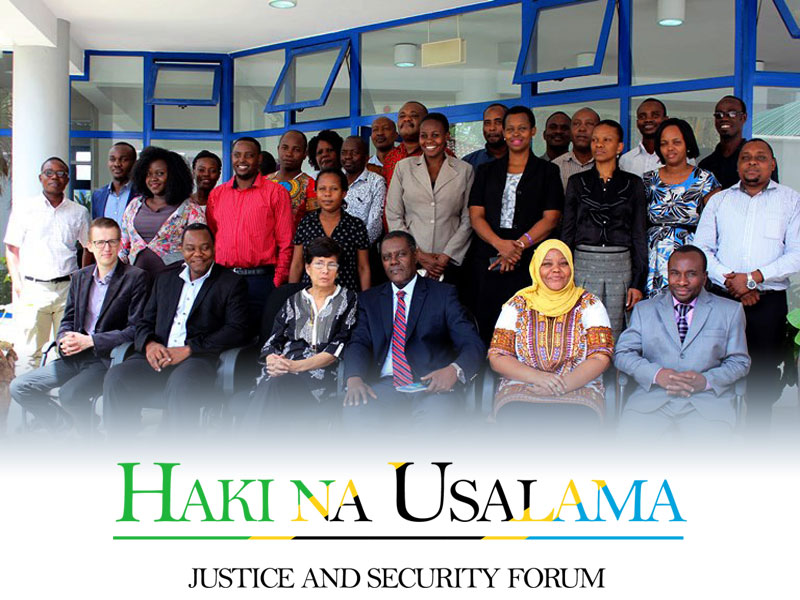 Over the last decade CHRI has been working to advance democratic policing model across the Commonwealth countries. Starting with our ground-breaking 2005 CHOGM report, we have consistently argued for a policing model founded on principles of equity and equality, accountability, transparency, participation, respect for diversity, the accommodation of dissent, protection of individual and group rights, and encouragement of human potential.

Through research, advocacy, engagements with public authorities and civil society, submissions to parliaments and state agencies, capacity building, and developing training and public education tools, the impact of CHRI work has been particularly felt in South Asia and East Africa.

Most recently, CHRI completed a one-year project on democratic policing in Tanzania, in cooperation with the Tanganyika Law Society (TLS, Tanzania mainland’s bar association) and the Commission for Human Rights and Good Governance (CHRAGG, Tanzania’s national human rights institution). The aim of the project was simple – to start a conversation about the police Tanzanians have and the police Tanzanians want. Guided by international standards and best policing practices from Africa and beyond, CHRI, TLS and CHRAGG brought together a broad coalition of more than 15 stakeholders to determine the best ways to translate the core values of democratic policing into Tanzanian context.

The rationale for such a coalition arises from the history and praxis of policing in Tanzania. As CHRI previously noted,

“Mired in its colonial birth, history of single-party rule and the legal framework under which it developed, the work of the Tanzania Police Force is defined by violence, illegality, illegal arrests and detentions, torture, excessive use of force, corruption, partiality and abuse of process”.

Although Tanzania Police Force initiated a reform process in 2010, its impact has been rather negligible, and the police reform work remains a strictly governmental prerogative, excluding civil society and large swathes of population from this conversation.

The coalition – working under the name of Haki na Usalama (Justice and Security) Forum – has shown a considerable progress in taking forward conversation on police reform in Tanzania. Three position papers researched by CHRI and produced by the Forum were published and disseminated to key stakeholders. The first two papers deal with the issues of the police-Executive relationship and police accountability and oversight. The third paper is a study of Tanzania’s District Security Committees – a focal point in district security response and coordination architecture – and their capacity for local police oversight. Additionally, Haki na Usalama produced a second Tanzanian edition of CHRI’s “101 Things you wanted to know about the police but were too afraid to ask”, available in English, Swahili and Braille.

The publications, produced by Haki na Usalama, lay out the foundation for a long overdue conversation on police reform in East African country. Offering models and solutions, they equip civil society and other stakeholders with tools and knowledge to advocate for better policing. Successful start warrants continuous engagement, and CHRI is planning to support the Forum to advance democratic policing agenda.