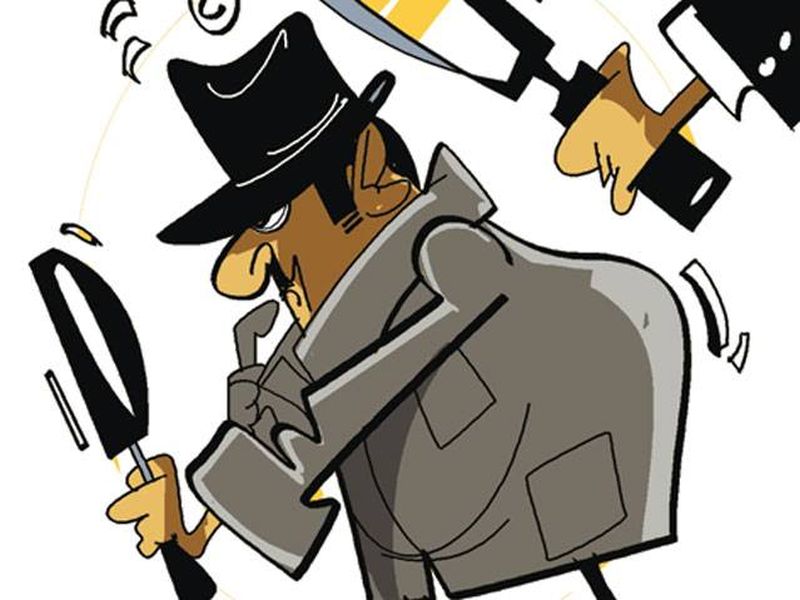 While appearing in a 2nd appeal matter before the Central Information Commission (CIC), earlier this year, I came across an instance of gross and continuing non-compliance of its orders by the Income Tax Department. Upon bringing this trend to the notice of the CIC, the CIC wrote to the Central Board of Direct Taxes (CBDT) in April this year to ensure compliance with its orders. I have recently come across a month old direction issued by the CBDT to all JSs and Commissioners of Income Tax directing them to ensure compliance with the CIC's orders failing which adverse view will be taken against such officers/authorities and Central Public Information Officers. The correspondence between the CIC and CBDT and my complaint to the CIC are accessible here.

While assisting the Association for Democratic Reforms in a 2nd appeal matter in February this year, I learnt of a Full Bench decision of the CIC from 2010 in the matter of Rakesh Agarwal vs CBDT where the Income Tax Department was directed as to place the names of all organisations and entities that enjoyed IT exemption in the public domain. The CIC gave CBDT a period of 8 months to complete this big task. The CIC's order is accessible here.

As there were multiple instances of non-compliance of the Full Bench's order and six years had lapsed since the FB's order, I sent an email to the Chief Information Commissioner, CIC drawing his attention to this issue. The email and the CIC's subsequent decisions are accessible here.

CIC's correspondence with CBDT and instructions for compliance

Upon receiving my note on the subject, the Chief Information Commissioner directed initiation of action. The IC concerned whose portfolio includes Income Tax Dept. also moved quickly on the note. Subsequently, the Registrar of the CIC sent a missive to the CBDT in April this year pointing to non-compliance of its orders in the said cases. Later in May, the CBDT issued a circular to all of its officers and CPIOs to comply with the orders of the CIC unless they have been stayed or reversed by higher courts. The correspondence between the CIC and CBDT are on the first 2 pages of the attachment. The CBDT has directed as follows:

"3. In view of the fact that the orders of the CIC are binding under the RTI Act, 2005 unless stayed or reversed by higher courts, I am directed to convey that suitable instructions may be issued to all the concerned authorities / officers / CPIOs to ensure that the orders passed by CIC in appeals and complaints under the RTI Act, 2005 are invariably complied with within the time limit specified by the Commission, unless they are stayed or reversed by higher courts. Any deviation will be viewed adversely." [emphasis supplied]

I thank all concerned at the CIC for acting on this issue without undue delay.

Why is the CBDT's direction important?

Apart from the fact that the CBDT has acted promptly to issue an omnibus directive seeking compliance with all CIC orders for disclosing information that have attained finality, the specific category of information that Shri Rakesh Agarwal wanted disclosed have a direct connect with Section 4(1)(b) of The Right to Information Act, 2005 (RTI Act). The 2010 decision of CIC's Full Bench requires the disclosure of the identity of all charitable trusts/institutions and entities that have received tax exemption under Section 10, 11 and 12 of the Income Tax Act, 1961. Section 10, relates to income that is not taxable under the law such as agricultural income, interest earned by non-resident Indians who have invested in such notified government securities and bonds, income earned by foreign diplomats by way of salary etc. during their posting in India, payments received in commutation of pension by former employees of the Central government and the defence forces, earned leave encashment received by government employees upon retirement, compensation received by workmen under the Industrial Disputes Act, 1947, golden handshake received by voluntarily retiring employees of governments, public sector companies, cooperative societies and such other bodies listed in that section, sums received under Keyman Insurance policy and a host of other grounds for claiming exemptions. Section 11 of the Income Tax Act relates to tax exemption for income from property held for charitable or religious purposes. Section 12 of the Income Tax Act relates to income of trusts or institutions created for wholly charitable or religious purposes from contributions received which is also exempt from the payment of any tax, subject to conditions of course.

Readers familiar with the RTI Act will immediately recognise the link between these provisions of the tax law and clause (xiii) of Section 4(1)(b) which requires all public authorities to volunteer details about beneficiaries of permits, authorisations and concessions that they may grant under applicable laws. So the Income Tax Dept. ought to have disclosed the list of beneficiaries under Sections 10, 11 and 12 of the Income Tax Act within 8 months of the CIC's order. To the best of my knowledge this order has not been challenged before any court. Compliance with this FB order will give the true picture of which religious and charitable organisations and other kinds of NGOs including those established by corporates as part of their CSR commitments are availing exemption from paying income tax. These matters are under the charge of the Exemptions division of the Income Tax Dept. Compliance with this provision will bring the much needed transparency in the domestic funded social sector. I request readers to file RTIs with the Exemptions division of the Income Tax department in their State/Union Territory to ensure compliance with this order. Please feel free to use the CBDT's May 2016 directive on this issue.

Readers also have the onerous task of identifying all other CIC orders and directions to the CBDT issued during the last 11 years which have not been complied with or challenged in courts. I request readers to use the May 2016 circular of CBDT to seek compliance of CIC's orders unless they have been stayed or reversed by the courts. Please keep me informed. I am also looking up past orders of the CIC about categories of information required to be disclosed by the IT Department. I will circulate the list when the research is completed.