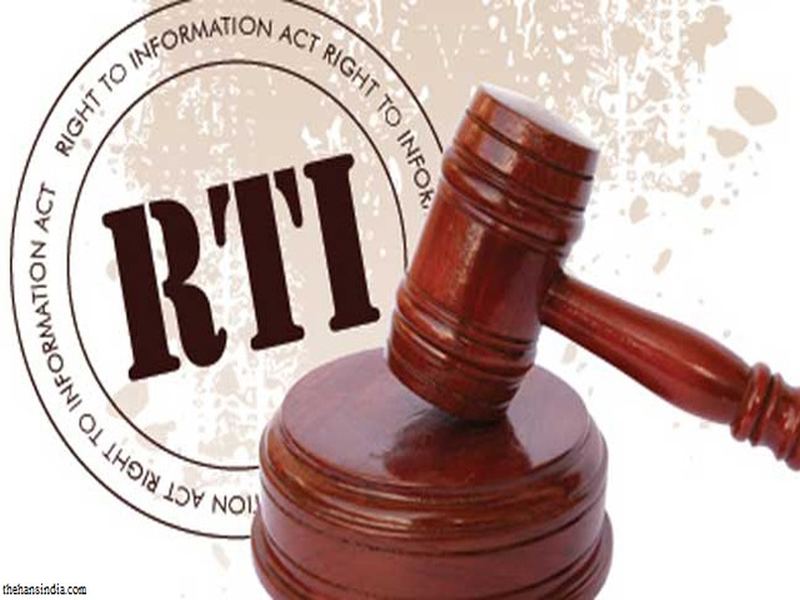 Even though yesterday was a holiday, the Central Government worked over time to clarify the confusion caused by some media reports containing statements of some political leaders, about their views on the Draft Right to Information Rules, 2017.

The Ministry of Personnel put out a 'factual position' on the Draft RTI Rules, explaining how much of it is a repeat of the existing RTI Rules notified in 2012 and how some other provisions were only giving effect to parts of the CIC's Management Regulations that the Delhi High Court struck down in 2010. For a detailed analysis of this 'factual position' please see our email alert circulated yesterday.

The Hon'ble Cabinet Minister for Information and Broadcasting also clarified yesterday that the NDA Government is committed to transparency and accountability in governance and these values are non-negotiable. The clarification from such a senior Minister is very welcome as it sets at rest speculation about the intention behind the Draft Rules, 2017.

However, the Government seems to have ignored an important resolution adopted by the Central Information Commission (CIC) in 2011 about how to deal with situations where RTI users are attacked for seeking information from any public authority under the Central Government. The CIC's Resolution called for suo motu action towards greater transparency - not abatement of the RTI cases.

On 13 September, 2011, the CIC adopted a Resolution about the manner of handling pending RTI applications of persons who are assaulted or murdered for seeking information. The text of the Resolution moved by one of the then Information Commissioners- Mr. Shailesh Gandhi, is reproduced below:

"The Central Information Commission expresses regret and takes note of the reported killings of and assault on the RTI users across the country. The Commission underlines the need to take urgent steps by the respective Governments for the safety and protection of the RTI users. The Commission strongly believes that it is the duty and responsibility of the respective Governments to safeguard the life and liberty of the RTI users for which purpose they should invoke the relevant penal provisions for the prevention and detection of such heinous crimes.

2. This Commission, therefore, resolves that if it receives a complaint regarding assault or murder of an information seeker, it will examine the pending RTI applications of the victim and order the concerned Department(s) to publish the requested information suo motu on their website as per the provisions of law.

3. This Commission also resolves that it will take proactive steps in ascertaining the status of investigations/prosecutions of the cases involving information seekers and endeavor to have these processes expedited." [emphasis supplied]

To the best of my knowledge this Resolution has not been set aside by subsequent members of the CIC.

Comparing the CIC's Resolution with the abatement clause of the Draft RTI Rules, 2017

Clearly, the CIC's official policy is to take action, suo motu by examining pending RTI applications, if any case of murder of or attack on any person seeking information from any public authority under its jurisdiction is reported to it. The CIC resolved to direct proactive disclosure of such information in accordance with the provisions of the RTI Act, in all such cases. The Resolution implied that even if the matter had not escalated to the CIC through an appeal, the CIC would nevertheless call for the details of the case and examine it and take remedial action promptly. The CIC had also resolved to follow-up on the criminal cases launched in such matters.

If the Draft RTI Rules in their current form replace the existing RTI Rules, an appeal or complaint would abate (lapse without any action being taken on it) when the CIC comes to know that the appellant/complainant has passed away either due to natural causes or because he or she was murdered.

So the new Rules will nullify the CIC's policy of dealing with RTI applications of those murdered by vested interests, on a priority basis, in a proactive manner. The CIC will plead that its hands are tied by the new RTI Rules, so it will do nothing about the case of a murdered RTI activist except allow the appeal to abate. This is the import of Draft Rule 12 which seeks to close an appeal on the death of the appellant. The Hon'ble Minister does not seem to have been informed of the CIC's Resolution of 2011 when he explained to the media that most of the Draft RTI Rules were the same as the RTI Rules notified under the UPA Government in 2012.

Indeed, in 2007 when the CIC's Management Regulations were issued allowing for the abatement of appeals on the death of the appellant, there were only eight reported cases of attacks on RTI activists and information seekers. It seemed like an aberration.

In 2011 when the CIC adopted the Resolution discussed above, the numbers had gone up to 168 - 20 times what it was in 2007. By the time the RTI Rules were drafted discussed and notified in 2012, under the UPA Government, the number of cases had jumped up to 195 - an increase of 14% in less than a year.

This is why RTI activists have strongly opposed every proposal to allow abatement of appeals on the death of the appellant.

The abatement clause will not empower anybody. Instead, it will provide a loophole to vested interests to get pending appeals off the CIC's table by silencing crusaders against corruption and defenders of social justice and human rights through the device or murder. The twin notorious cases of murder of whistleblowers - the Late Satyendra Dubey and the Late Manjunath were linked to allegations of corruption in public authorities under the Central Government, and not under any State Government. This truth must not be forgotten in a country whose national motto is satyameva jayate (truth alone shall triumph).

Noted political philosopher John Locke explained what should be the end goal of all laws:

"The end of law is not abolish or restrain, but to preserve and enlarge freedom. For in all the states of created beings capable of law, where there is no law, there is no freedom."

If the life and safety of information seekers and RTI activists has to be ensured, two crucial things (amongst others) must be done:

1) Draft RTI Rules relating to withdrawal and abatement of appeals must be junked; and

2) The RTI Rules should empower the CIC to examine all such cases suo motu where information seekers are attacked and to direct the public authorities to disclose all information sought by the sufferers of such attacks, in accordance with the provisions of the RTI Act.

The Hon'ble Minister for Information and Broadcasting is said to have told the media yesterday that the NDA promised all support to the UPA Government when the RTI Bill was discussed in Parliament. Indeed, there was unanimity on strengthening the RTI Bill when it was debated in the Parliamentary Standing Committee.

However, to set the record straight, the RTI Bill was passed by a voice vote in the Lok Sabha  on 11 May, 2005 when the Opposition benches in the House were empty. According to contemporaneous news reports, the Opposition had boycotted both Houses of Parliament throughout May, 2005 due to an inflammatory remark made by a member of the UPA and all subsequent efforts from the Chairs of the respective Houses to bring them back failed. The truth about the past must be understood in factual terms, not through the ideological prism of any colour.