50% of AFSPA-related human rights complaints are from J&K, monetary relief recommended in 3% cases- RTI data from MHA for 2012-16 (upto January) 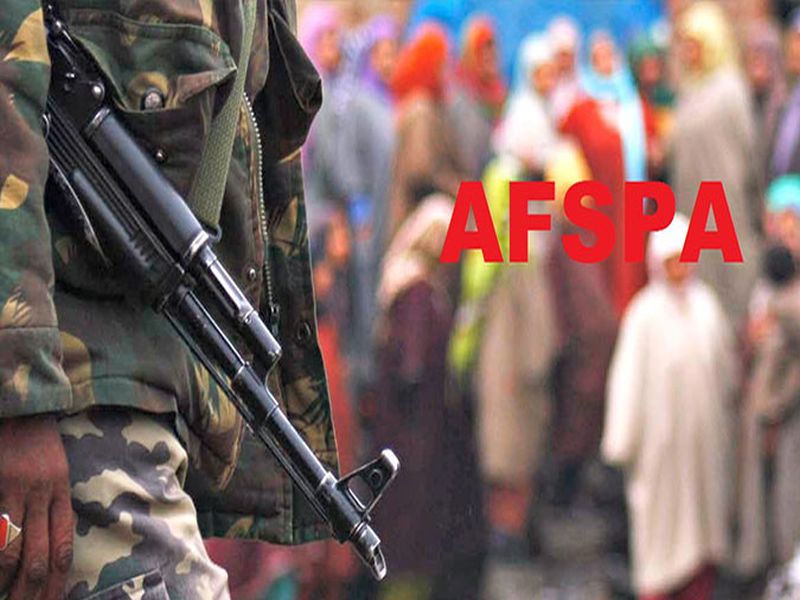 Last week, the media reported on the likelihood of The Armed Forces (Special Powers) Act, 1958 (AFSPA) being withdrawn from certain parts of Arunachal Pradesh and adjoining parts of Assam. On 4th May, 2017, AFSPA was reimposed for a period of three months in the districts of Tirap, Changlang and Longding in Arunachal Pradesh and in the adjoining areas of Assam falling within the jurisdiction of nine police stations or police outposts (see 3rd attachment). Media reports indicate a line of thinking within the Government of India that favours phased withdrawal of AFSPA from these areas. AFSPA has been imposed in the States of Meghalaya and Nagaland as well. The Government of Tripura lifted AFSPA from the State in May 2015. Parliament enacted The Armed Forces (Jammu and Kashmir) Special Powers Act (J&K-AFSPA) in 1990. J&K-AFSPA covers all of Jammu & Kashmir except the districts of Kargil and Leh.

Towards the end of May this year, the media reported some macro statistics presented by an unnamed senior officer about how people's complaints of human violations against defence personnel had been handled. It was claimed that only 66 of 1,695 complaints of human rights violations received since 1994 were found to be true. Apparently 150 defence personnel were punished and compensation awarded in 49 cases during the last 23 years. Details of individual cases or the place of origin of such complaints received and disposed were not provided. Similarly, information such as the rank of the personnel punished, the nature of punishment given to each person, size of the compensation paid and the names of recipients were not placed in the public domain. Overall, the impression that a reader would gain from these assertions is that an overwhelming majority of complaints of human rights violations were not true at all. Meanwhile it must be remembered that The Supreme Court is currently hearing a case involving more than 1,500 complaints of human rights violations committed by the defence forces and the paramilitary forces operating in the State of Manipur alone.

The purpose of this email alert is to share official data obtained under The Right to Information Act, 2005 (RTI Act) from the Union Ministry of Home Affairs (MHA) regarding the number of complaints of human rights violations received and disposed between 2012-2016 (up to January). These figures provide a much larger picture of the number of complaints of human rights violation as they include data pertaining to the actions of paramilitary personnel as well.

While researching issues pertaining to Jammu and Kashmir, I came across this query and partial reply. As there was little information available in the public domain as to whether the data about crime-wise human rights violations were eventually tabled in the Lok Sabha or not. I submitted an RTI application in April, 2017 seeking the following information:

information from your public authority:

Surprisingly, the Central Public Information Officer (CPIO) of the Ministry of Home Affairs (MHA) furnished the crime-wise data of human rights violations in both English and Hindi within 30 days, free of charge (the RTI application, the Lok Sabha query and reply and the data furnished by the CPIO are in the 1st attachment). It is not clear as to when this data was tabled in the Lok Sabha as the date of tabling is not mentioned in the document that the CPIO sent (see page 6 of the 1st attachment).

As the MHA has compiled the data crime-wise and year-wise, I have retabulated it to show the complaints of various categories of human rights violation State-wise (see State-wise tables and graphs in the MSExcel sheet in the 2nd attachment).

The MHA did not send any information about details of complaints received by the human rights cells. I have already submitted a first appeal on this issue.

According to the official figures supplied by the MHA:

i) A total of 186 complaints of human rights violations were received against the armed forces (defence forces and paramilitary forces) deployed in the States of Assam, Arunachal Pradesh, Jammu and Kashmir, Manipur, Meghalaya, Nagaland and Tripura during the period of a little over three years between 2012 to January 2016. However data for Tripura is up to 27th May, 2015 when the State Government ended the application of AFSP across the State.

ii) By January 2016, more than 2/3rds of these complaints (127) are said to have been disposed of. The data supplied by MHA under RTI does not indicate whether these complaints were found to be true or false. Perhaps this is because of the manner in which the queries raised in the Lok Sabha were drafted. They only sought information about the receipt and disposal of complaints rather than the manner of their disposal. Interestingly, more than 57% of the complaints of human rights violations received from Assam are shown as pending. The manner of disposal of human rights complaints and the pendency of cases for more than a year are issues which readers, human rights advocates and mediapersons need to probe further by filing more specific information requests with the MHA.

v) 10 of these complaints relate to the crime of abduction and rape- received from Arunachal Pradesh, Assam, J&K and Tripura. The data does not specify whether these were committed by the defence forces or the paramilitary forces deployed in the seven States. 50% of these cases are said to have been received from Assam alone- four of which were sent in 2015-16 (up to January)- all of which are shown as pending.  Overall 6 of the 10 cases received from were not disposed of until January 2016. The current state of these complaints is not known. In the remaining cases of rape that were disposed of, the data does not indicate the manner of disposal.

vi) MHA data shows that monetary relief to the tune of Rs. 6.47 crores was recommended in 117 cases during this period. It is not known whether this was ex gratia relief granted or compensation awarded. Further, it is not known how many complainants or victims actually received the monetary relief and which Government (Central or State) made the payments. (It must be pointed out that while ex gratia payment is only an interim relief, compensation amounts to admission by the State that the perpetrators were indeed guilty of committing these human rights violations.)

According to MHA data, some of the cases where monetary relief was recommended pertain to the previous year as well (carry forward). The status of pending cases as of now also need to be ascertained by making further information requests under the RTI Act.

What are AFSPA laws intended for?

According to repeated assertions by the Central Government, the defence forces and the paramilitary forces (such as the CRPF, Assam Rifles, BSF etc.) have been empowered by AFSPA laws in order to protect the sovereignty and territorial integrity of India and overcome any insurgency.  In those parts of the States declared as 'disturbed areas', under AFSPA laws, the armed forces personnel (defence and paramilitary forces) have the power to open fire to the extent of causing death of any person, conduct searches to flush out militants of groups (sometimes named in the notification itself- see 3rd attachment), arrest them and hand them over to the local police, search any premises and confiscate arms and ammunition or explosive substances and stop and search any vehicle and apprehend any proclaimed offender or any person who is suspected of committing or is likely to commit a non-cognizable offence (under the ordinary criminal law the police cannot arrest any person accused of committing a non-cognisable offence without a warrant from the appropriate magistrate).

RTI can be a tool for greater transparency and accountability

There is an urgent need for advocates of human rights, transparency and accountability to demand access to more detailed information about these and other complaint cases received from areas under AFSPA laws. The RTI Act can serve as a valuable tool for this purpose.